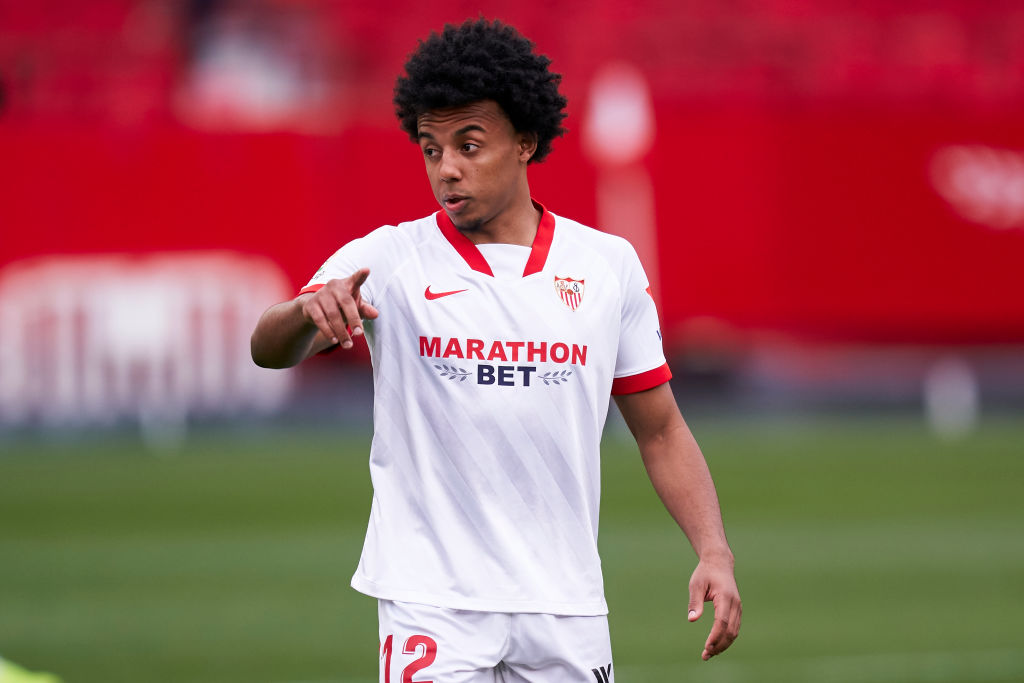 Manchester United have identified Sevilla’s Jules Kounde as there No.1 transfer target as they look to recruit a new first choice partner for Harry Maguire.

Ole Gunnar Solskjaer had been desperate to sign a new centre-half during the summer window, but United were beaten by rivals Manchester City to the signing of Nathan Ake.

He said: ‘We had a good meeting with his agents yesterday. Let’s see what happens.’

According to The Mirror, United have cooled their interest in Upamecano, who is also coveted by the likes of Chelsea and Liverpool, and will focus their efforts on prising £60million rated Kunde from Sevilla instead.

The 22-year-old joined the Spanish club from Bordeaux 18 months ago and has been regularly scouted by United this season.

Solskjaer has been forced to rely on the likes of Victor Lindelof, Eric Bailly and Axel Tuanzebe at various points throughout the current campaign but is looking for an upgrade on those options.

Real Madrid legend, Sergio Ramos, meanwhile is said to have his heart set on a move to the Premier League after rejecting a new contract to remain at the Bernabeu.

Ramos’s representatives are said to be targeting a move to Old Trafford, where his £200,000-a-week wages are unlikely to reprsent an obstacle to a potential deal.