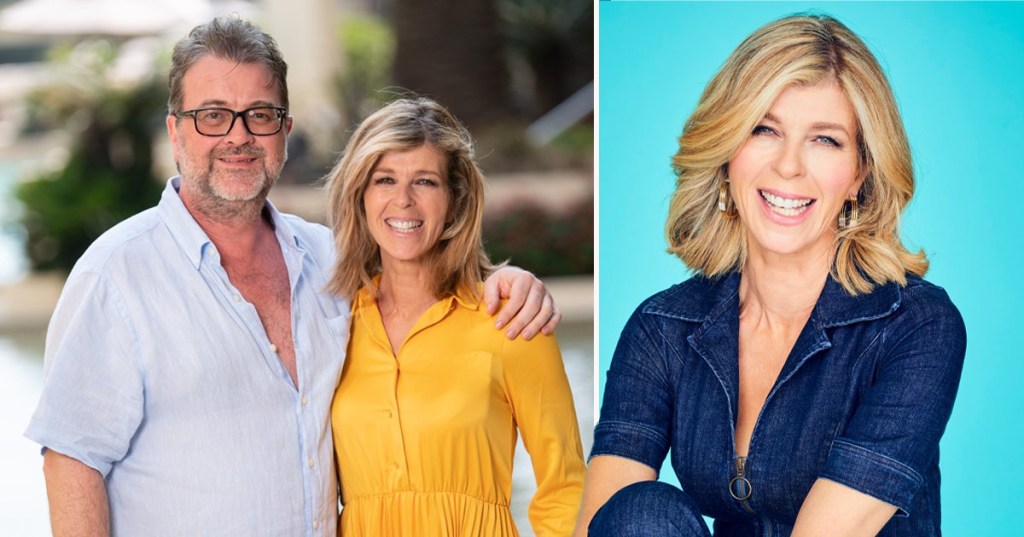 Kate Garraway has opened up on how she’s coped with being a sole parent while her husband Derek Draper has been in hospital since last March with coronavirus.

The Good Morning Britain presenter, 53, has been looking after 14-year-old daughter Darcey and 11-year-old son William by herself and admitted she doesn’t know how single parents do it.

She told Good Housekeeping: ‘I’m not sure I am coping! I honestly don’t know how single mums do it; it’s just so hard.

Kate revealed that she has leaned on Ranvir Singh for advice, adding: ‘I’m lucky that I’m being supported by lots of friends, too, and Ranvir has been really helpful because she’s been operating as a single mum since her son, Tushaan, was very little.

‘I asked her, “How do you do it?” and she said, “You just have to accept that you can’t do everything.”’

Derek, also 53, has been in hospital for almost a year after contracting coronavirus, and is still thought to be in a minimally conscious state, with co-host Piers Morgan revealing this week that Kate has been told Derek may never wake up.

Once he had overcome the initial virus, Derek was left with many complications from the after-effects, including holes in his heart, and badly damaged lungs.

Kate also updated on his progress, admitting that despite several setbacks, his is doing a lot better than he was at the start of his battle.

She explained: ‘We’re really hoping we’re on some kind of trajectory of improvement. It’s very much two steps forward, three steps back, but if I think back to where we were in March 2020, when Derek’s lungs were solid with infection and his infection rates were the highest doctors had seen in anyone who has lived, we’re undoubtedly in a more positive place.’

Kate also revealed that she had found kindness ‘in the most unexpected places’, with followers and neighbours reaching out to her, including a lady who lives across the road who makes a cake for the children every week.

Kate Garraway opens up on coping as a single parent: ‘I think, what would Derek do?’

She added: ‘Somehow she always knows when we most need a lift! We’ve really got to know each other because of it, too, and that’s been lovely.’

Read the full interview with Kate Garraway in the March issue of Good Housekeeping, on sale January 29.


MORE : Kate Garraway’s son Billy has a blast in the snow as she shares sweet video