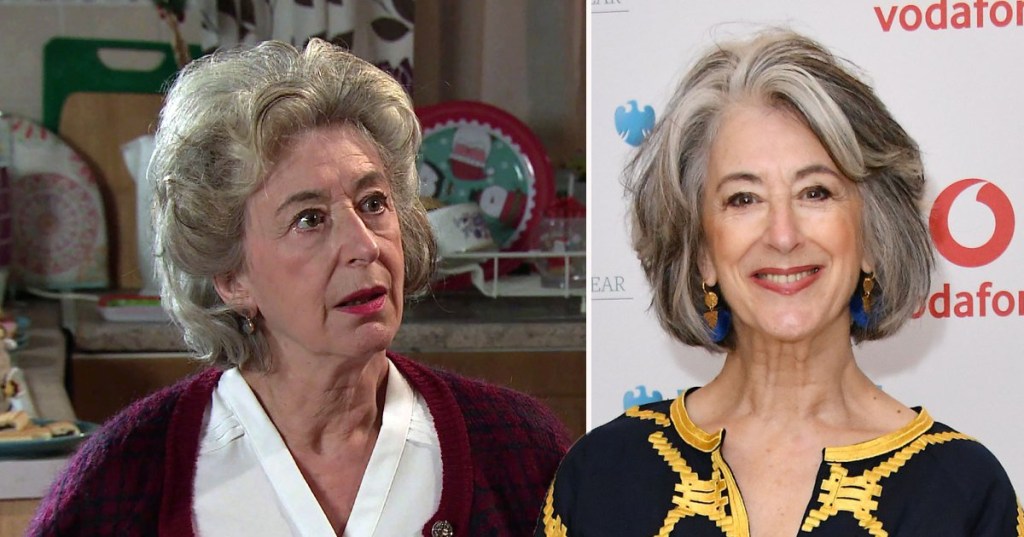 Maureen Lipman has revealed she is taking a break from filming for Coronation Street until after she has received her coronavirus vaccine.

The actress, 74, who plays Evelyn Plummer on the soap, revealed she was taking time out after feeling ‘a little bit unsafe’ going to work amid the pandemic.

She said on the Outspoken Beauty podcast: ‘Well it has been a time that I can’t personally complain about except on behalf of the people who have not been as fortunate.

‘I continued in Coronation Street after the first initial lockdown. I went back and I am still officially working on it except that I am taking a bit of sabbatical until I get my vaccination at the moment.’

Maureen revealed in May 2020 that she believes she had already contracted coronavirus and worried she might have spread it on set.

She explained to The Lady magazine: ‘I believe myself to have had a mild form of coronavirus masquerading as a fortnight’s persistent cough, with attached fatigue and sweats.

‘If I did have it, then I flung my viral breath cheerfully around the Coronation Street corner shop at anyone who popped in for a bag of crisps and a confrontation.’

Maureen later revealed her reaction after being labelled the ‘Covid spreader’ of Coronation Street: ‘Immediately I rang my agent and said, “How can they say it’s me. I’m bl***dy well not.”’

She also revealed on Steph’s Packed Lunch on Channel 4 that she had been concerned about going to work amid the pandemic.

‘We do our own make up, we do our own hair and we dress ourselves,’ she explained. ‘I’m used to that in the theatre so it’s not really a problem.

‘I did feel a little bit unsafe towards the end, to be honest, because we weren’t being tested. But it’s all changed now so looking forward to going back.

‘It’s such a nice job. They’re really sweet, the people there. They think I’m some kind of crazy old woman.’

She also revealed to Outspoken Beauty that she has been coping with lockdown and her time off work pretty well, admitting: ‘I cannot complain about lockdown.

‘I have been writing stuff. I have been doing drama classes on Zoom with my grandchildren which is hysterical.

‘I went for a walk in Hyde Park with Rula Lenska. She managed to bring a flask of coffee which managed to be cold. We never stop talking and that is very nice.


MORE : Coronation Street star Maureen Lipman says cast ‘didn’t know’ it was the 60th anniversary when they were filming