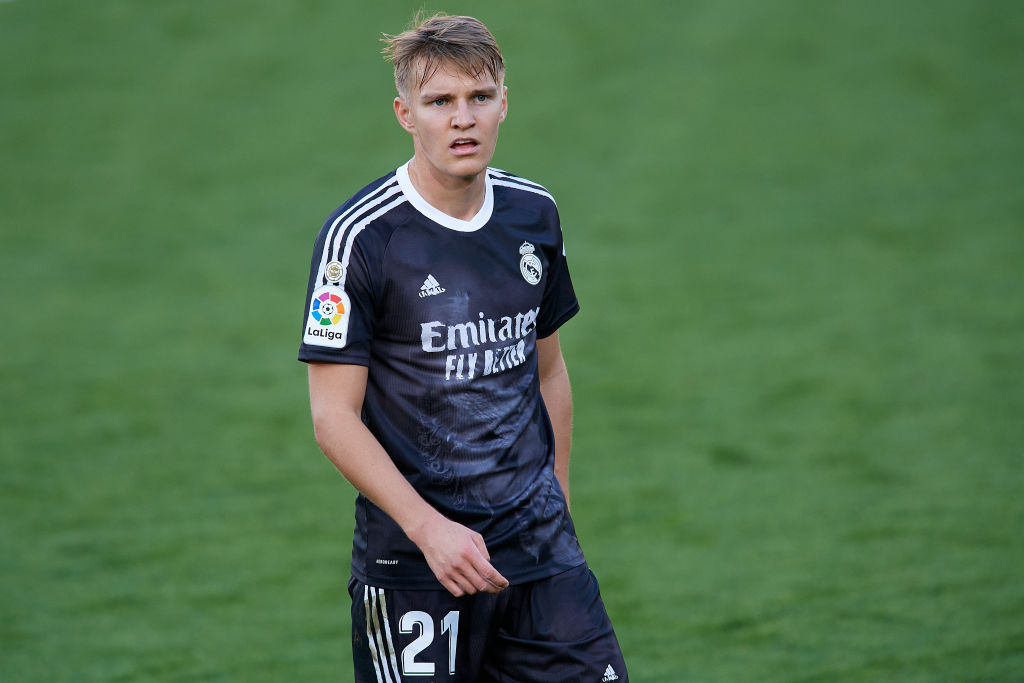 Mikel Arteta insists Arsenal are still ‘very positive’ they will finalise a move for Martin Odegaard amid a delay over the Real Madrid star being announced.

Odegaard was believed to have jetted in to London earlier this week and was expected to be announced on Monday.

But while his proposed six-month loan has yet to be confirmed, Arteta is still confident the deal will be done.

‘I think we are pretty close but it’s not finalised it as I understand it,’ said Arteta after their 3-1 win over Southampton on Tuesday night.

‘I haven’t spoken to Edu or the club in the last few hours but we’re very positive that we’ll finalise the deal.’

Odegaard was signed by Real Madrid as a 16-year-old and looked to have earned his chance to break into the first team after an impressive loan spell at Real Sociedad last season, however Zinedine Zidane has sanctioned a move away.

Rio Ferdinand, the former Manchester United defender, thinks Odegaard is a great talent but admitted he was concerned about him stunting the growth of Emile Smith Rowe.

‘That’s the only thing that worries me,’ Ferdinand told Five. ‘If he comes in and takes someone like Emile Smith Rowe’s position, I’ll be devastated.

‘Because he’s come in and done unreal things. The way he’s played, he’s been a breath of fresh air at Arsenal, I’m sure the fans if they were there would be going crazy about him.

‘He brings assists, he brings a calmness to the way Arsenal play. He’s the type of player who could have played over a number of generations at Arsenal in the way he plays football.

‘So I hope he doesn’t come in and kind of stunt his growth in the team because he’s been really good the last few weeks.’