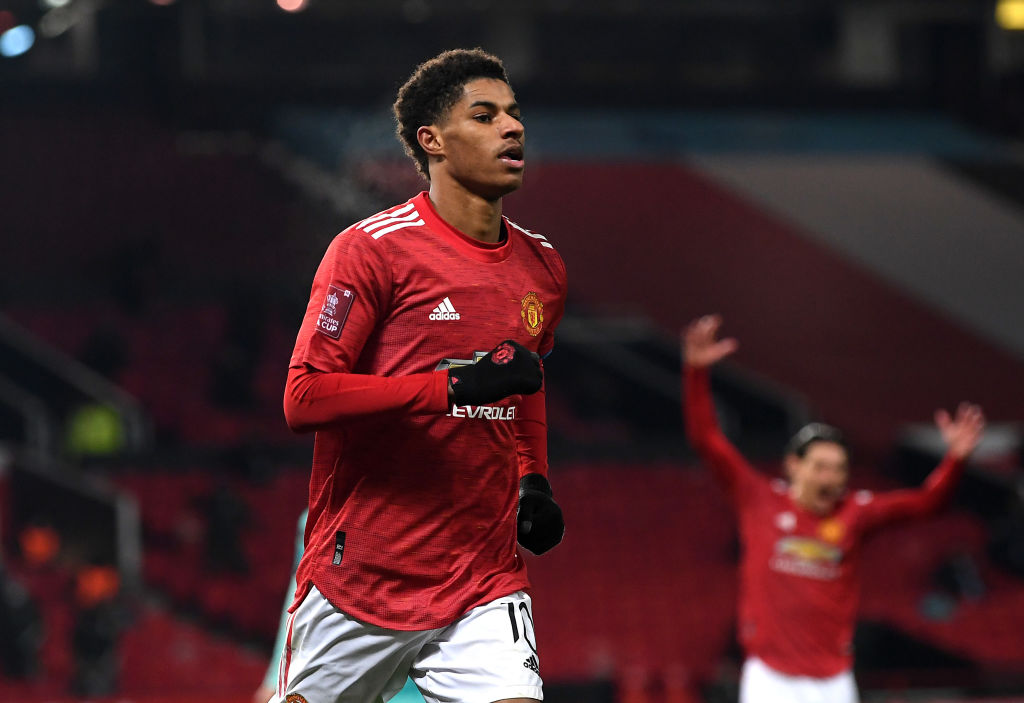 Ole Gunnar Solskjaer has told Anthony Martial and Marcus Rashford to make the most of Edinson Cavani while he’s at Manchester United.

Solskjaer was hugely impressed by the Uruguay international’s contributions in Manchester United’s 3-2 win over Liverpool in the FA Cup on Sunday.

The post denied the hard-working Cavani a place on the scoresheet but there were moments of real class mixed in with his endeavour as United set up a fifth-round tie with West Ham.

Rashford and Mason Greenwood were among the United forwards, with Martial only used as a late second-half substitute, but Solskjaer wants his group of young attackers to be closely studying their older team-mate during his spell at Old Trafford.

‘Both Anthony, Marcus, Mason, Dan [James], all our forwards have to use this time that Edinson is with us to the best effect,’ Solskjaer said in his post-match press conference.

‘I know he’s one of the most hardworking centre-forwards but he’s also one of the cleverest.

‘His movement inside the box is always good. His header towards the end.

‘There’s loads of things they can learn from him and when you bring over more experienced players, it is also to help the rest of them.

Michael Owen identifies the ‘difference’ between Man Utd and Liverpool

‘It’s not just for him to come in and do his job. He knows that he has a job or a responsibility and I asked him to be a role model.

‘As I said, you’ve got to learn from him. See the fitness, he’s 34 next month and the way he’s looked after himself.’