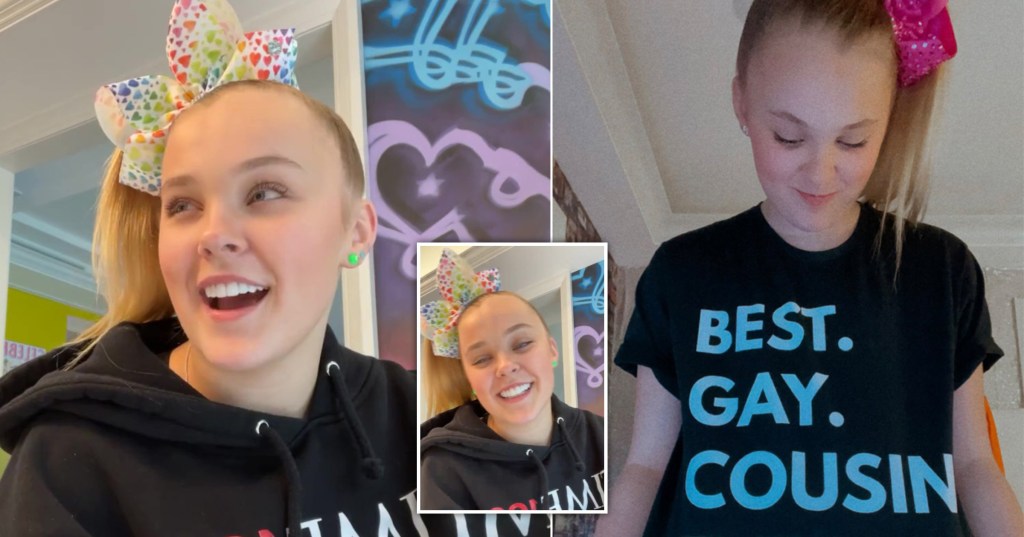 JoJo Siwa has said she’s not labelling her sexuality after coming out as gay and has said that she’s ‘never been this happy.’

The YouTuber and musician, who has a following of more than 12 million, came out on social media this week, donning a shirt from a family member which read: ‘Best. Gay. Cousin. Ever’.

Opening up on her sexuality in an Instagram Live, she responded to a fan who asked: ‘What label are you?’

‘Right now, I’m super duper happy and I want to share everything with the world, I really do, but I also want to keep things in my life private until they are ready to be public.

‘Right now what matters is that you guys know that no matter who you love, that it’s okay and that it’s awesome and the world is there for you.’

The Boomerang hitmaker also said: ‘I have never, ever, ever been this happy before and it feels really awesome.’

Following her coming out video, the star was showered with love from her friends and fans, with Ellen DeGeneres sharing a heart emoji on her post, and Paris Hilton praising the teen.

Paris shared JoJo’s snap on her Instagram story, with the caption: ‘Love you @itsjojosiwa. I’m so proud of you sis!’

She also added cheer and rainbow emoji, and gifs of ‘love is love’ and rainbows.


MORE : JoJo Siwa coming out is an important moment for LGBTQ+ youth


MORE : Ellen DeGeneres and Paris Hilton shower JoJo Siwa with love as she comes out as gay