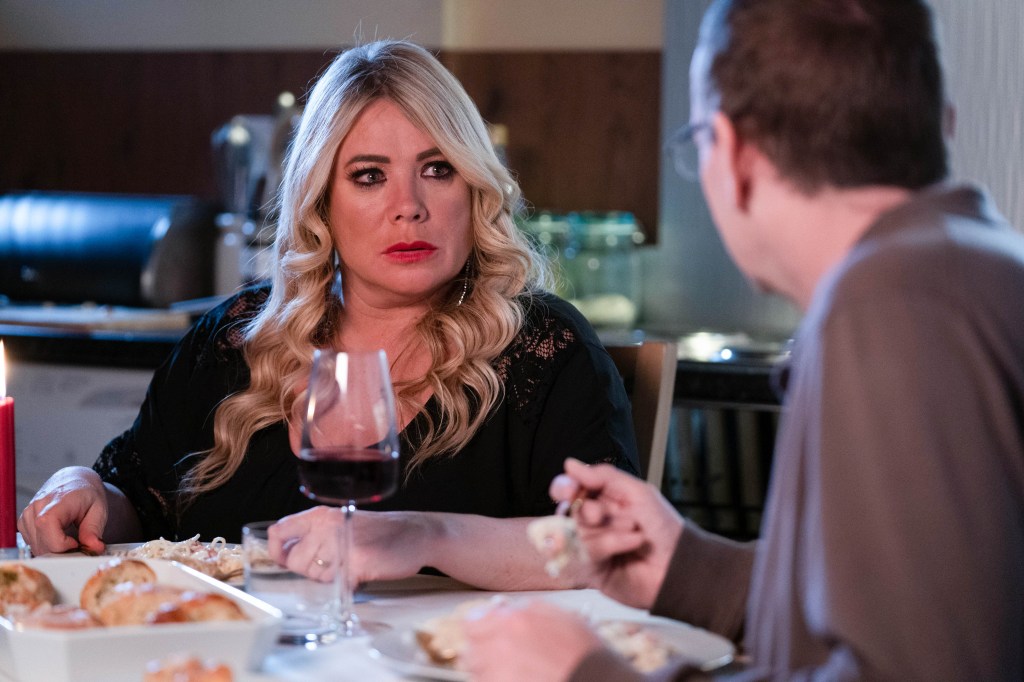 Over the past few weeks, there’s certainly been an element of guilt Sharon Watts (Letitia Dean) is feeling towards poisoning Ian Beale (Adam Woodyatt).

However, despite the guilt, one reminder that Ian left Dennis (Bleu Landau) in a room below the boat moments before he died is more than enough to spur Sharon on, and has continued to poison her oldest friend in an attempt to utterly destroy him.

With Sharon promising Ian a dinner to finally consummate their marriage, an image has been revealed showing the moment her revenge plan is put into place, and Sharon moves to kill Ian.

Throughout this week, Max (Jake Wood) has expressed his thoughts to Ian that Sharon may have had something to do with his attack, and continuously pestered him to get a test from the doctors to try and get to the bottom of why he was feeling so unwell.

Despite telling Max that Sharon has been his best friend since they were kids, Ian reluctantly agreed to a toxicology test.

We saw Phil (Steve McFadden) arrive at The Vic and assure Sharon that he will be there for her, leading Sharon to get ready for her special dinner with her husband.

As this picture shows, Sharon is managing to compose herself during the dinner, but with her revenge plan in full swing, it’s certainly too late to back out now.

With Ian too growing suspicious and discovering Dennis’ phone, will he manage to confront Sharon about what she’s doing?

Or will Sharon manage to kill Ian in a shocking twist?