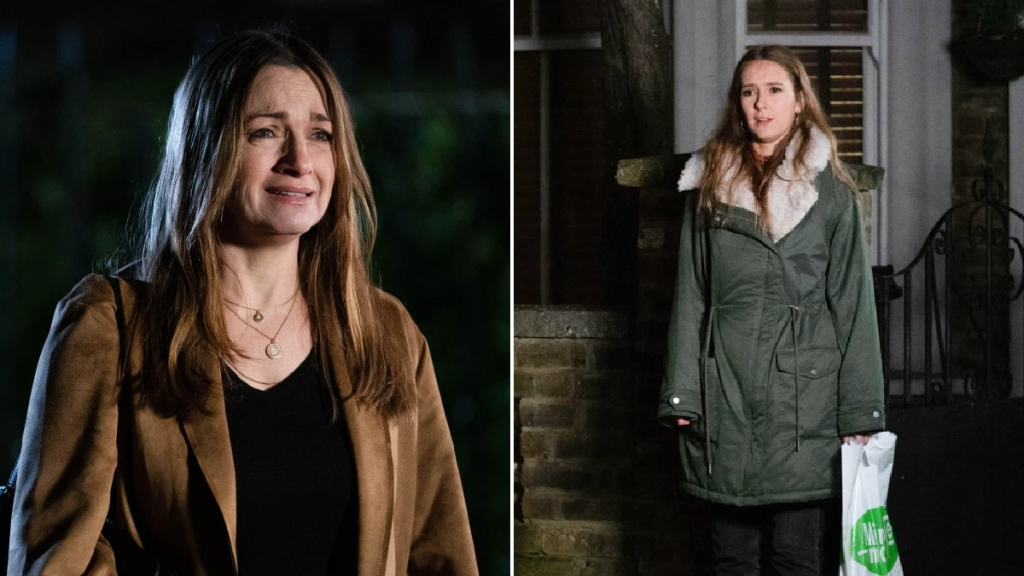 Frankie Lewis’ (Rose Ayling-Ellis) life in EastEnders has been turned upside down following the confirmation that Mick Carter (Danny Dyer) is her dad, and her mum abused him when he was a child.

Up until recently, Frankie had planned to start a new life in Australia, but luckily Mick managed to stop her from leaving, and told her that he’s her father.

While Frankie and Mick start to build their relationship, there is of course quite a big problem in the form of whether Mick should tell the police about Katy (Simone Lahbib).

Mick has been reluctant to tell the police about his abuse, at risk of not being believed, but with new images being released, will it be Frankie that ends up shopping her mum to the police instead?

Frankie has tried to avoid her mum as best she could over the past few months, but when they did encounter each other, Frankie definitely wasn’t falling for her mum’s old tricks, and even told her she deserved everything that’s coming to her.

Meanwhile, after telling Linda (Kellie Bright) about his ordeal, Mick made it clear he’d rather leave everything in the past then dig it all up again. During tonight’s episode, Frankie had dinner with Mick, and was thrown when Katy sent her a text wishing her a safe flight.

These pictures show the moment Frankie confronts Katy, and while Katy begs her to believe the lies she’s spun, Frankie is left disgusted.

If Mick doesn’t feel ready to go to the police, will Frankie do it instead so her dad can get justice?