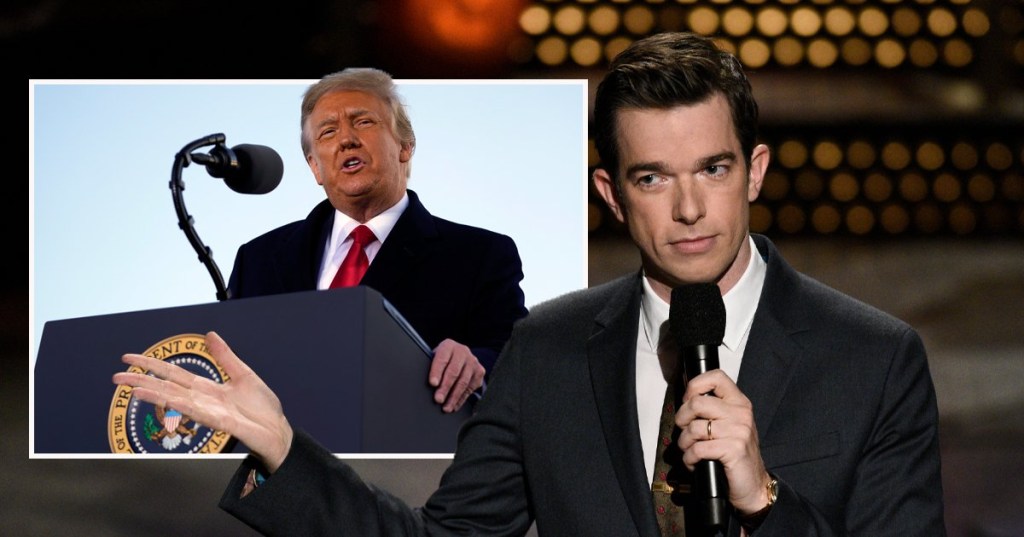 Newly unearthed documents have confirmed that comedian John Mulaney was investigated by the Secret Service over his joke about Donald Trump on Saturday Night Live.

It had been revealed that a file was opened on the 38-year-old after his opening monologue on the Feb. 29, 2020 episode of SNL started ‘gaining considerable attention,’ according to records obtained by The Associated Press.

In the monologue, John – who recently checked into rehab for alcohol and cocaine addiction – spoke of Roman general Julius Caesar, calling him ‘such a powerful maniac that all the senators grabbed knives, and they stabbed him to death.’

As the audience laughed, John continued: ‘That would be an interesting thing if we brought that back now.’

The gag was probed as ‘inappropriate statements regarding President Trump,’ as the file noted that ‘although no direct threats were made, due to the popularity, it is likely that concerned citizens will report this.’

Another part of the monologue was also noted in the files.

‘I asked my lawyer if I could make that joke, he said, let me call another lawyer, and that lawyer said yes. I don’t dwell on politics, but I dislike the Founding Fathers immensely,’ Mulaney said on SNL. ‘…I hate when people are like, God has never created such a great group of men than the Founding Fathers.’

AP reports that the documents revealed that the bureau contacted NBC about the joke, but did not interview the comedian directly.

In the end, they found no wrongdoing and noted that the comedian made no direct threats toward Donald Trump with the joke.