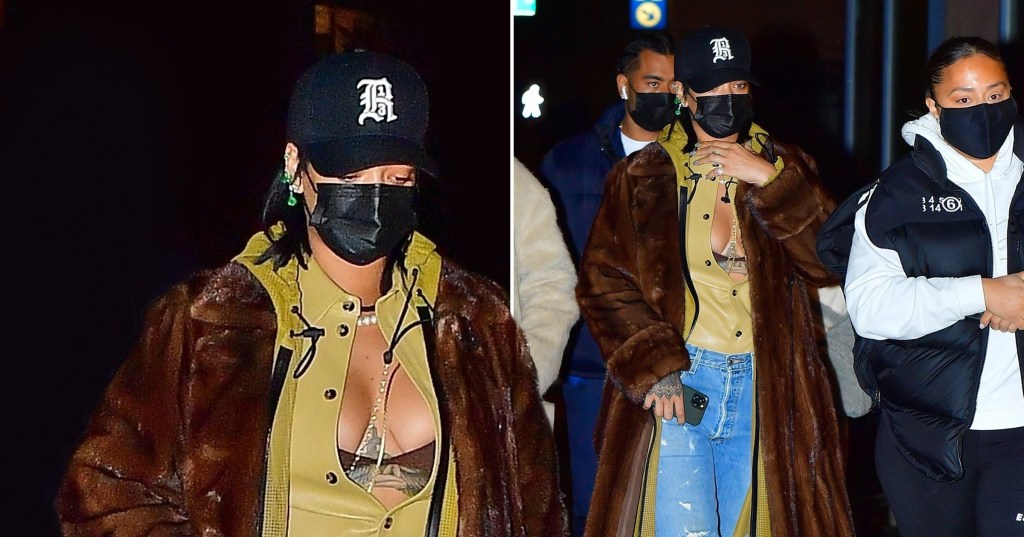 Rihanna managed to make a face mask look seriously chic as she hit the streets of New York.

The Diamonds singer was spotted heading out for a bite to eat, rocking up to eat at the swanky Emilio’s Ballato.

The 32-year-old looked incredible in a light khaki shirt – with a few buttons undone to show off her bra for the evening.

She coupled this with distressed jeans and white heels, covering up against the cold in a brown fur coat.

Proving she can make anything stylish, Rihanna completed the look with a black face mask and a baseball cap.

We are in awe of her style, as always.

The star’s appearance comes after she sent fans into meltdown with the unveiling of her new Savage x Fenty Valentine’s Day lingerie collection.

In a new string of promo shots, she could be seen posing in red lingerie, leather gloves and countless diamonds as she modelled the range.

Alongside a video shared on social media, she set tongues wagging with the caption, which read: ‘You’re not my only Valentine…’

Well, we’ve got a few more weeks until the big day to find out exactly who she was talking to…

UK Covid deaths soar to new heights as 1,820 are killed by virus

Rihanna has set the rumour mill spinning amid claims she’s dating A$AP Rocky, with the pair looking cosy in the past.

While they have not spoken publicly about the romance claims, the rapper jetted into Barbados over Christmas, where RiRi was spending the holidays with her family.

An insider claimed they have been ‘inseparable’ over the last few weeks, with a proper romance blossoming.

‘They’ve been inseparable the past few weeks,’ they told People magazine. ‘It’s a new relationship, but they both seem very into it.’