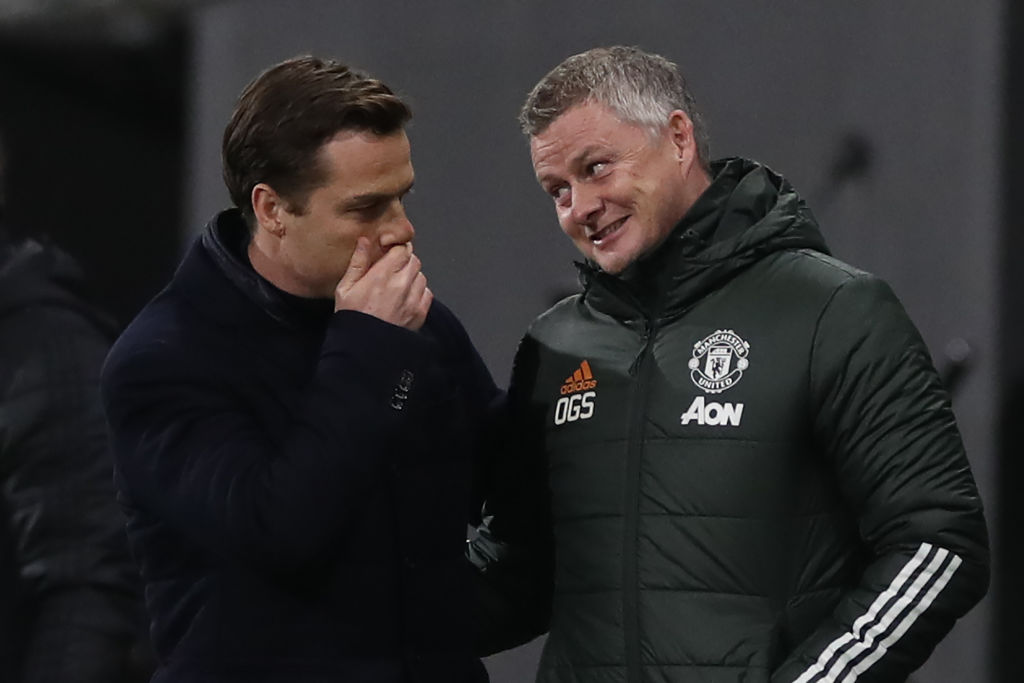 Manchester United conceding an early goal to Fulham on Wednesday proved to be a positive and exactly what the team needed, claims manager Ole Gunnar Solskjaer after his side bounced back to win 2-1.

The Red Devils went behind after just five minutes as Ademola Lookman charged through a cavernous hole in the United defence to put Fulham ahead.

It looked set to be a difficult night ahead for Solskjaer’s side and it was, although they battled hard and came away with the three points

Edinson Cavani equalised in the first half, before Paul Pogba scored a memorable long range strike with his left foot, which took United back to the top of the Premier League.

Solskjaer claims that the early shock to the system at Craven Cottage was exactly what they needed after travel and coronavirus restrictions left them sluggish at the start of the game.

‘You’d like a comfortable win at times but it’s never easy down here,’ said Solskjaer.

‘Going 1-0 down after such a short time, I think that’s what we needed, we needed a wake-up call.

‘It’s never easy when you travel down here, stay in a hotel.

‘We wanted to maybe have a light training session, but we couldn’t move our bodies, so we needed that wake-up call, really.’

The lead at the top of the Premier League changed hands twice on Wednesday, with Manchester City taking top spot from Leicester City thanks to a 2-0 win over Aston Villa earlier in the evening.

United then leapfrogged their local rivals with the narrow win in London and are now two points clear at the summit, although City still have a game in hand.

The Red Devils have their FA Cup fourth round clash with Liverpool on Sunday before a return to Premier League action at home to Sheffield United the following Wednesday.