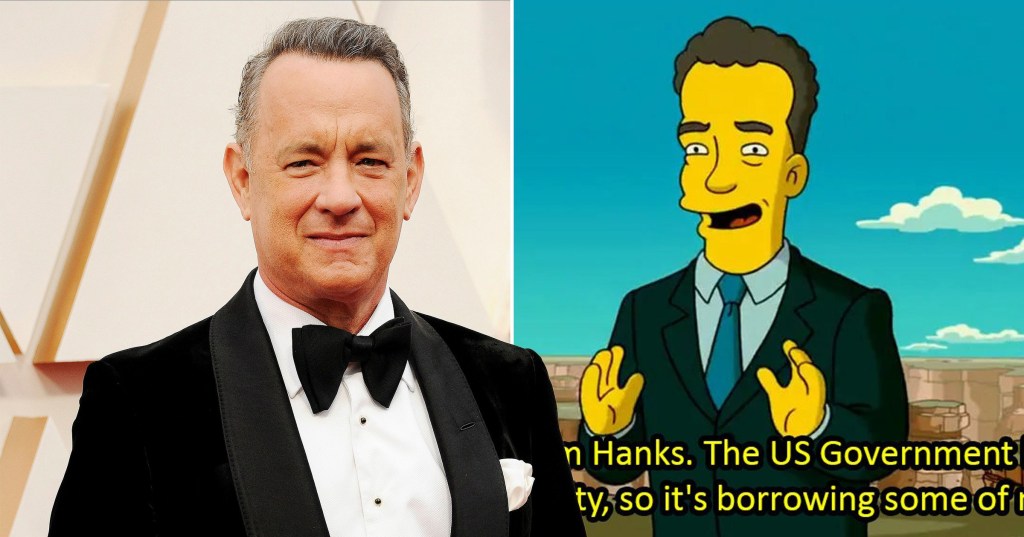 Did The Simpsons manage to make yet another eerily accurate prediction about the world? Fans have been stunned once again as it appears the cartoon series foresaw Tom Hanks’ involvement in political events.

Yep, another day, another Simpsons prediction to add to the already vast collection of scenarios previously depicted first on the animation.

In this case, one Twitter user pointed to a scene from The Simpsons Movie, released in 2007, which saw Tom Hanks make a cameo to advertise a new Grand Canyon.

Appearing in the ad, he claimed ‘the US government has lost its credibility so it’s borrowing some of mine.’

Some followers couldn’t help but link the moment to the fact the actor had been enlisted by the US government to host an Inauguration TV special hoping to use his universal popularity to help unite America following a tense election.

The theory might seem a bit far-fetched, but it comes right after fans noticed another Inauguration Day prediction.

It seems the cartoon series managed to guess the fashion choices of Vice President Kamala Harris as she became the first woman to take on the position.

In Bart To The Future, an episode saw Lisa become the first female President of the United States as she wore a purple jacket, pearls and earrings.

Purple is a colour Kamala often wears as she associates it with Shirley Chisholm, who became the first black woman elected to the United State Congress. She later ran for President in 1972.

Pearls have also become a staple of her fashion in homage to her Harvard University sorority Alpha Cappa Alpha.

What are the odds that Kamala would end up rocking a near-identical outfit to the one donned by Lisa in the episode?

Of course, like most Simpsons predictions, this is purely a coincidence but then again, is it?


MORE : Wildest The Simpsons theories that make you question everything you know about series