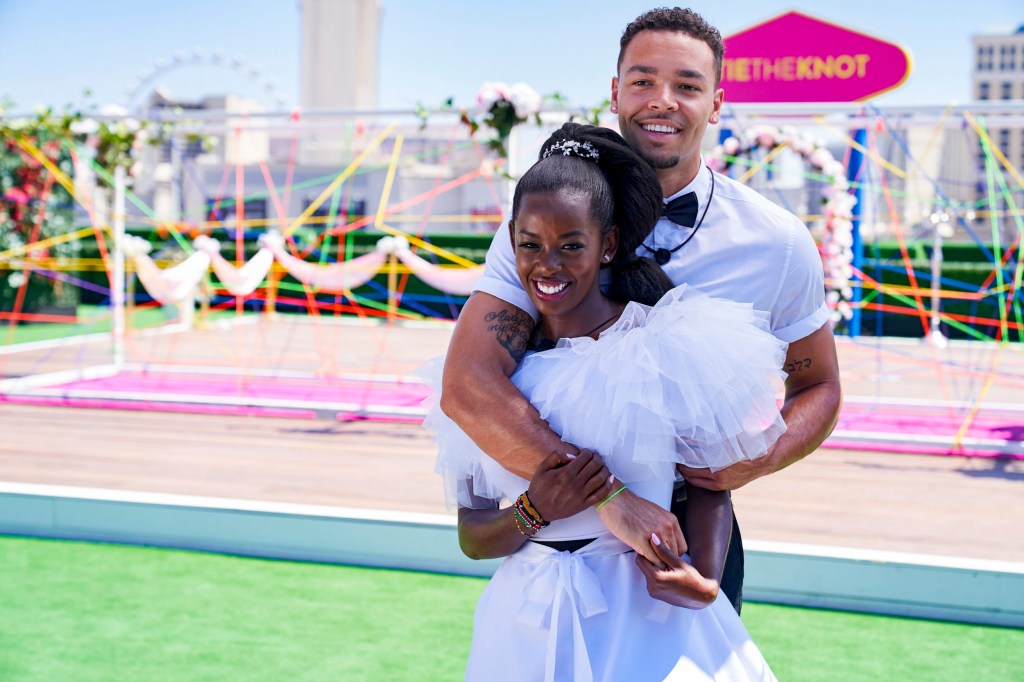 Love Island USA winner Caleb Corprew claims he has been getting ‘death threats’ on social media in the wake of his split from Justine Ndiba.

Caleb, 24, posted an emotional statement on Instagram revealing he had been sent nasty messages.

He also hit out at ‘several accusations against my character since the moment I entered the public eye’.

The TV star vowed not to ‘speak out aagainst the hate’ but will ‘process’ and ‘reflect’.

Caleb said: ‘What a strange feeling it is to wake up to death threats.

‘It is simply impossible to fully capture the complexity of one’s identity or character through a screen. Not through a couple feed posts each week or stories on your phone screen. Not even through an hour a day five days a week for a month on your TV screen.

‘Some of your will be disappointed to see that I am indeed the same private and cerebral man you have taken some time to get to know. Not a man seeking to prove others wrong but a man with an understanding that my time on earth is limited and my body is merely a vessel for my soul.

He continued: ‘There have been several accusations against my character since the moment I entered the public eye. I have repeatedly and will continue to choose not to combat or speak out against the hate.

‘Of course, generally speaking I will avoid over exposure to negativity but I also understand that naturally I will come across it.

‘To the hate I encounter…I will process, reflect, and think to myself, “What can I learn from this?” Like I try to do with all things I experience in life.’

Announcing they had split, Caleb hinted that being the public eye played a part in their decision to break up.

‘Myself, Justine, our loved ones, etc. are all real people with real emotions who love and hurt hard’, he said on Instagram.

‘Unfortunately… when you choose privacy… others often feel it is their place to tell your story for you. Speculation or not. Even with that in mind, I am still choosing privacy for the sake of my own personal peace.’

Justine and Caleb made history by becoming the first Black couple not only to win Love Island USA but the Love Island franchise overall.

After winning in September Caleb met Justine’s family in New Jersey shortly after. However fans began to speculate on the status of their relationship after they were not seen together for months.

In November, Justine and Caleb explained to Metro.co.uk why they were taking their relationship slow and said: ‘We’re definitely still just taking it day by day but we’re doing good. We’re working really hard towards keeping the communication going and making plans to see each other, which is really good.

‘We’re planning all these fun trips back and forth for a while and we’ve got some great trips in the book.’


MORE : Who Wants To Be A Millionaire viewers fume as contestant stumbles at Tiger King question