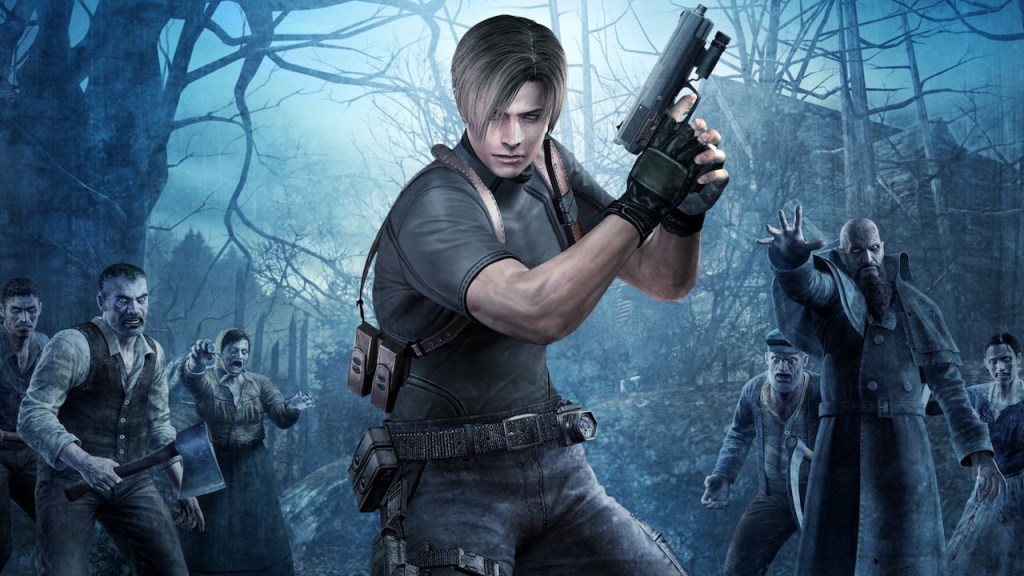 GameCentral readers discuss the single-player video game they’ve replayed the most, from GoldenEye 007 to Bloodborne.

The subject for this week’s Hot Topic was suggested by reader Cranston and asked which game with an ending (so not counting multiplayer) have you come back to the most times and why?

We had a lot of entries for this one, but the clear winner was Resident Evil 4, although it was helped by the number of times it’s been re-released on different formats.

Sextuple-dipping
It’s got to be Resident Evil 4 for me, it’s 16 years old this year and I must have played it so many times on so many formats!

I got it at launch on GameCube, then on PlayStation 2 for the extra content, and the Wii for the new control scheme. I don’t have the GameCube or Wii editions now but I have it on PlayStation 2, 3, 4, and also Switch and it’s a game I still regularly play!

It’s odd to say considering it’s a survival horror game with lots of horrible creatures trying to kill you in various horrible ways but I find it comforting to return to!

The story and script is pure cheese but I like hanging out with Leon, who despite all the nastiness around him still has a winning, positive attitude.

It’s such a perfectly paced thrill ride where you can be the hero, save the girl, and stop the bad guy. Simple but happy times!
LastYearsModel

Nobody does it better
The game I’ve replayed the most is easily GoldenEye 007.

I got all the cheats back in the day, which you got for completing the levels in absurdly short times on various difficulties. I also did this for a couple of friends. Then playing through again with the cheats (invisibility, etc.) was also very fun.

It was such a great game. I loved how you could approach levels in different ways, stealth, all guns blazing, just running all the way through. Wasn’t like anything I’d played before on a console, and it’s been very influential for a lot of games to come. I’ve not played it recently as I got rid of the N64 quite a while ago, and I’m not sure how it’d stand up now either, but what a game it was!

Needless to say, I’m looking forward to what IO Interactive do with the James Bond license, as I enjoy Hitman too. Hoping they can recapture some of the glory of GoldenEye.
Mud

Forever Doomed
Interesting question this and I think my answer is probably Doom, the original. I played that to death as a kid. I can’t say how many times I ran through the whole thing on various difficulties and if you add in mods and cheats and that sort of thing you’re probably talking half my childhood.

It’s also a game that is constantly being re-released on other formats, for obvious historical/nostalgia reasons but also because it’s still really playable. Add that in and I don’t want to think about how many hundreds of hours I’ve spent on the game overall. I don’t regret any of them though!
Dolce

Wow moments
I’ve been reading GC for over 13 years now but have never sent in, I suppose now is as good a time as any.

There’s two single-player games I’ve played a ridiculous amount; I’ve sunk in well over 80 hours on Uncharted 2’s campaign over the years since release and given its length that’s a lot of playthroughs. The gameplay, the set pieces, characters, story – you name it, always drags me back in. Not to mention the gameplay mods. It was the first time I really thought, ‘Wow, gaming is something else’.

And then there’s Mass Effect 2, 300 hours and counting over multiple playthroughs and yet something new learnt each time (plus it means the PlayStation 3 gets dusted off every once in a while), can’t wait for the Legendary edition to come out!
Lal-miah26 (PSN ID)

Any format, any time
My most replayed game is probably Super Mario World. Since having it as the pack in game for my SNES I have bought it again several times since just because it’s a game that I always want to be able to play when occasionally the mood takes me.

There are a number of reasons why I have played it so much, the main two being that it’s an excellent game that still holds up nowadays and nostalgia, as I associate it with my SNES and it was my first Super Mario game.

I still know all the secret exits etc. and it’s one of the few games from that era that I can play without ever getting annoyed at the difficulty, if I’ve messed up I know it’s entirely my fault.

I don’t care what format I play it on, it’s a great game and never disappoints me.
John Atkinson

Platinum obsession
The first game that popped into my head for this weekend’s Hot Topic was Nioh. I completed three back-to-back playthroughs on progressively harder difficulty settings, racking up 300+ hours playtime.

I almost quit the game because of the second boss (lady vampire). Once I had beat her (30+ attempts) it gave me the resolve to persevere with subsequent difficulty spikes.

I have completed From games but never been compelled to try New Game+. Probably because they are so tough. Nioh was definitely one I thought I had a fair chance at platinum, hence the playthroughs. I thoroughly enjoyed the game and am chuffed to have platinumed it without assistance from other players.

I lovehate challenging games like Nioh. Mostly love though, as when you triumph it’s such a buzz.

A game I have played over several formats is Civilization. I have been playing this since Civ 3 and I am still terrible at it. Every iteration of this game has been excellent. It has incredible replay value and I’m pleased to have it for PlayStation 4. I will be playing Civ again and again for as long as I’m a gamer. Each game is so different and a new challenge with each different leader/culture. I’m normally happy just building and developing my civilisation and defending it. Just one more turn is certainly the hook in Civ.

There aren’t many games on console with such endless replay value as Civ. I’m hoping there will be a console version of Crusader Kings as feel this may be as addictive as Civ.

There really is something to be said for repayable games. Becoming familiar with a game you love is and rinsing every ounce of gameplay out of it is very zen. For replay value for me there should be some challenge. As I’m maturing as a game player I’m finding multiple playthroughs more appealing. I feel the Trophy system helps.

You know you’ve found a good game when you’re thinking about your next play through on your first play through.
Vaughan

25th anniversary
I can tell you now the most replayed single-player game that I’ve actually kept track of for me is Resident Evil 4 (recently finished my 25th playthrough). I own it on GameCube, Xbox 360, Wii, PlayStation 4, PC, and Switch. It’s one of the few games I’ve ran in sick at work for to finish it (the other being Silent Hill 2).

I think the pacing is spot on and I’ve never been bored replaying it. Really not sure how a remake is going to top this or even if it’s needed. There may be other arcade style games or platformers that top this play count but in the early ‘90s, going through Sonic 2 for the umpteenth time just for fun was common.
Cold Waste (gamertag)/Worlock_ed (PSN ID)

Games Inbox: Who is the best Resident Evil character?

Games Inbox: What will be the next Star Wars video game?

Everyday gaming
I remember back in the day finishing a game was an everyday affair. James Pond 2: RoboCod, Super Mario World, Zelda: A Link To The Past, Earthworm Jim 1 and 2, right up to Final Fantasy 7. Limited to the games I had on the Amiga and SNES, basically most of my first gaming experiences forced me to replay the same games over and over again.

Obviously games like the Soulsborne series have to usually be completed no less than three times and a half to get the platinum Trophy. So probably Bloodborne is my most completed modern game title currently. I needed to create a new save file for the DLC content, so it could be achievable, as my original New Game+ 3 file was just too darn difficult. But I went back to it eventually and completed the entirety of it, right to the end.

So to answer, why this series in particular? Well, basically it’s to get all the lore, secrets, and the sense of achieving a rare Trophy. To feel proud and the sense of achievement. These games demand to be placed multiple times, due to the character getting tougher. You want to challenge yourself to take down the bosses quicker and much more strategically than the first couple of play throughs.

It’s as simple as just enjoying the experience without needing the urge to play another type of game. Skyrim and Fallout was just spending hundreds of hours exploring, upgrading your character, and trying to see all the sights and getting all missions and quests done. No other games came close to my consoles when these games ruled the roost!

So I am now at last satisfied with those game titles and I await the next challenge and memory-making title to come my way. Bloodborne 2 would be a good start, but currently Resident Evil Village will be the next game on my immediate horizon. Can this game make me do multiple play throughs, and can it give Resi 2 a run for its money? My most played Resi game of all time! Wow, I think I might just start a new file on the Resident Evil 2 remake! Yes, let’s do that and also a happy new year to GameCentral and all their viewers.
Alucard