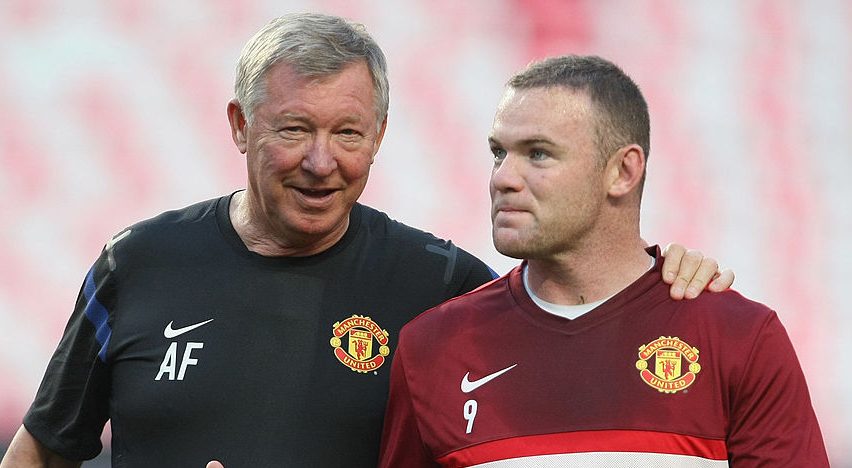 The 35-year-old retired from his playing career this week to become the permanent manager of the struggling Championship club.

Rooney, who ends his career as United and England’s all-time leading goalscorer, is now tasked with keeping Derby in the Championship with the team currently sitting 23rd in the table.

And Ferguson, who signed Rooney as an 18-year-old in 2004, believes his former player is taking a ‘big step’ with his first managerial role.

‘He’s England’s top goalscorer, Manchester United’s top goalscorer. That gives him a starting point,’ Ferguson said at ‘A Team Talk With Legends’, which is in aid of Sport United Against Dementia.

‘Like everyone else, myself, Kenny [Dalglish], Gareth [Southgate], it’s a results industry. You need to get results. He will know better than anyone.

‘He’s got knowledge of the game, there’s no question about that. He’s got a presence about him. It’s a big step for him.

‘I’m sure he is quite a wealthy young man now with his career in football. He probably doesn’t need to go into management to look after the family. He’s in a good position financially.

‘But he wants to do it. That’s important.

‘There’s no point being the manager because someone asks you to be the manager. Now he has got the manager’s job and that is what he wanted. I hope he does well.’