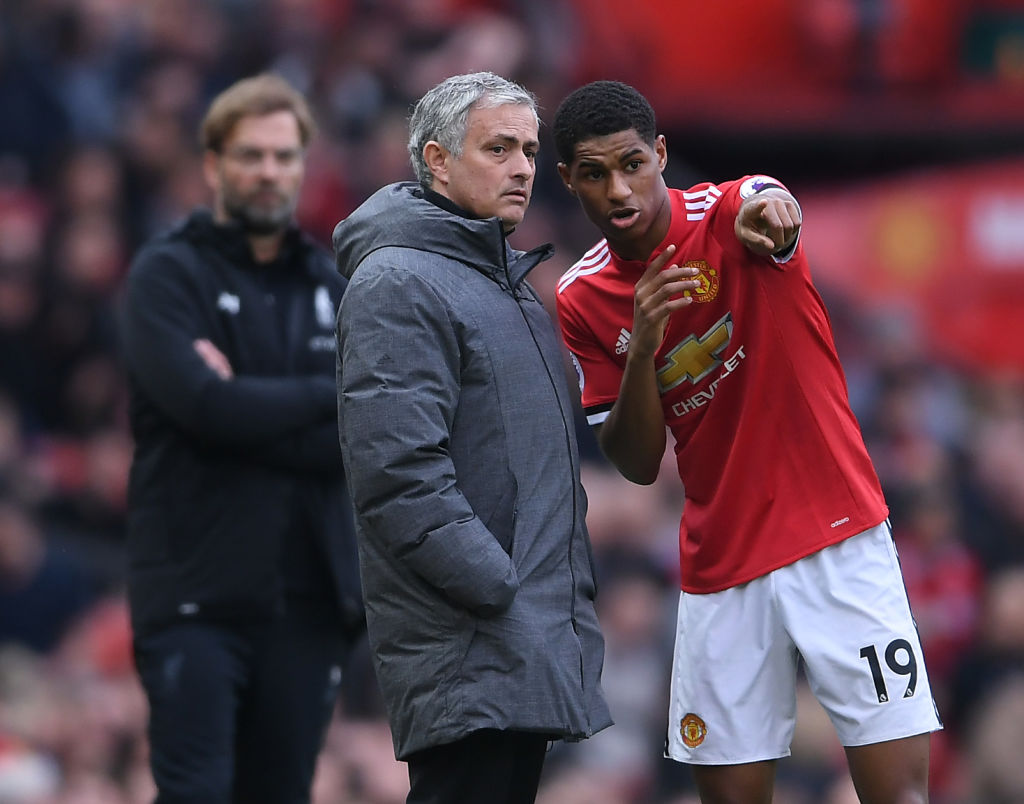 Marcus Rashford has revealed that Jose Mourinho urged him to be more ‘savvy’ in order to win more penalties for Manchester United.

Jurgen Klopp mocked United’s high penalty count earlier this month by claiming that Ole Gunnar Solskjaer’s side had won more spot-kicks in the last two years than his Liverpool side had been given since he became manager at Anfield in 2015.

Since Solskjaer replaced Mourinho at Old Trafford in December 2018, United have been awarded 42 penalties in comparison to Liverpool’s 19 in all competitions.

But Rashford has revealed that Mourinho was the one who urged him to change the way he approached situations after receiving contact in the opposition’s area.

‘As a forward line, we want to go and score goals,’ Rashford said in an interview with the FWA.

‘When you are making runs in behind or you are dribbling with the ball and if you see a challenge coming, you don’t want to get tackled because you are looking at an opportunity to score a goal.

‘There is no way you are going to let somebody take the ball off you, so for me it is just a case of us wanting to score goals and the teams wanting to defend goals – and you know, penalties can happen.

‘But there have been times when we have probably not got penalties.

‘I remember when Jose was manager, there were five or six times I can remember where I should have had a penalty.

‘Jose ended up saying to me, ‘if you are not savvy about the way you do it, then you are not going to give it’. After that, we started to get a few penalties.

‘It was something that in terms of development you have to learn that and understand it.’