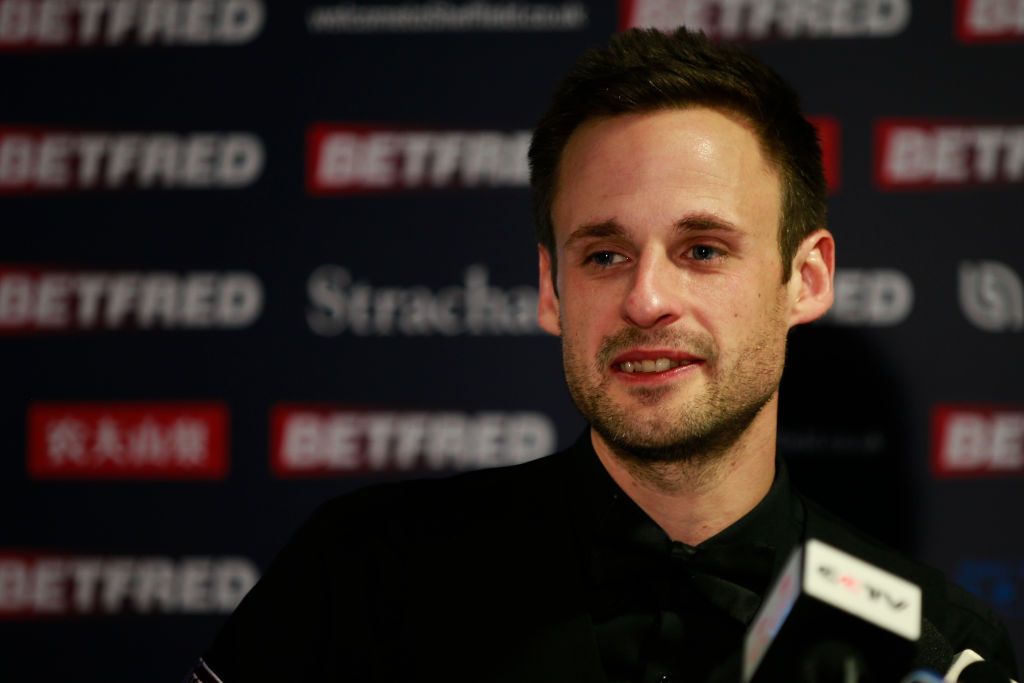 David Gilbert has made no secret of the fact he has found the last year very tough, with his life on and off the table suffering, but he has found the key to the door of his mental prison and his snooker is starting to benefit as he makes his escape.

The Farmer reached the semi-finals of the Masters on debut last year, which came as something of a surprise, but not nearly as surprising as his run to the final four this time round.

Gilbert got a little lucky in the last 16 as world number one Judd Trump withdrew with coronavirus, so Dave saw off replacement Joe Perry instead. But there was no fortunate draw in the quarter-finals where he downed world number five Kyren Wilson 6-5.

This comes after the 39-year-old had shown almost no form for months, losing in the first round of the World Championship in August and barely picking up a victory since.

The pandemic has affected us all in different ways and often it can seem silly to complain when it isn’t your, or your loved one’s, health you are having to worry about. But lockdowns can cause anxiety, depression, fear or just a general malaise that is difficult to snap out of.

Gilbert, like many others across the country, found lockdown tricky to deal with which was clear from watching his matches in the first half of the season.

There is no obvious fix to the problems that lockdown brings, as our social lives are wiped out, working days are changed beyond recognition and relationships at home have to dramatically adapt.

Ding Junhui on tossing away Ronnie O’Sullivan Masters lead: ‘I confused myself’

Things are getting no easier in our third lockdown, with no certainty as to when it will end, but Gilbert has tried to take matters into his own hands and turn his mindset around.

With two wins under his belt at the Marshall Arena, his snooker suggests that it might just be working.

‘I’ve started to adapt to it, embrace it, I’ve had four days on my own here [in Milton Keynes] and I’ve quite enjoyed it, the peace and quiet, so maybe I should have took it for what it was a lot earlier.

‘I won’t say I’ve had a breakdown or anything like that, but I totally understand when people say they’re suffering.

‘You feel quite pathetic saying it as well. I totally get it because I’ve been there, sat in my garage for a bloody month.

‘I know I was just being daft, but it’s hard to snap out of things, when you’ve enjoyed certain things and it’s all just gone, it’s easy to let things snowball.’

There will be some who have little sympathy, with snooker players still earning a living over recent months thanks to the excellent work World Snooker Tour have done to keep tournaments on.

Gilbert’s problems will be reflected by thousands in all walks of lives, though, with the dramatic changes to work, social and family lives that we have all been dealing with. Everyone wants to keep calm and carry on, but it is easier said than done and mental health can easily take a hit..

Hopefully Dave’s new-found positive thinking can help others who are struggling, as he allowed his miserable spell to linger as he retreated into his garage and took root next to his beer fridge.

He no longer wants to wallow in the situation, and while he still hates the tedium of lockdown and the lack of a social release that we are living with, he is taking on the challenge of getting back to his best despite it.

‘I’m just getting used to this new crap world we’re living in because it really is crap,’ he said. ‘I hate this term “new normal” let’s all just try and get back to how we used to live, it was much more fun.

‘I get a bit…not tired, not bored or annoyed, but the question about me believing I’m a top player…I did!

‘I know I weren’t a big winner, not the best player in the world, but I truly believed I’m a top 16 player.

‘This Covid thing wiped me out, it’s up to me now to get myself back on track and be that player again.’

The 6-5 win over Wilson wasn’t pretty, but that in itself is a sign that Gilbert’s mind is considerably better than it was just a month ago.

He scrapped and battled his way past the Warrior, something which has become one of the toughest tasks in snooker in recent years.

Dave knows there is work to do yet, with a huge semi-final against Ronnie O’Sullivan or John Higgins awaiting him on Saturday, but there’s a smile back on his face and he is quite rightly proud of himself for wrestling with the unseen side effects of the pandemic, and starting to conquer them.

‘I can’t remember the last time I won ugly, bloody hell, yeah. I never win games like that, so to win a massive game in the Masters, it makes it a proper one,’ he said.

‘It’s a huge tournament, it’s a lot of money, so that’s nice to know I’ve earned a few quid. To really find your confidence you’ve got to start performing and playing better. But it was nice to feel good at the end, that was a nice feeling.

‘Of course I’m the underdog from now on in, but even today it was a horrible game for me, I hate them type of games. Usually I chuck the towel in. I’m quite proud of myself for sticking in there today.

‘I’m still in, I’m certainly not going to complain, I’m usually on the M1 by now.’

There is still some serious work to do before Gilbert could think about becoming Masters champion, but there is no doubt what lifting the event would mean to the man who many consider the best never to have won a ranking title – a crown he would secure by winning the non-ranking Masters.

‘If you handed me four wins here and gave me that beautiful Paul Hunter trophy and £250,000, I’d be happy if you never see me again,’ he said.

‘I could walk out of here and never come back, that’d be fine by me.’