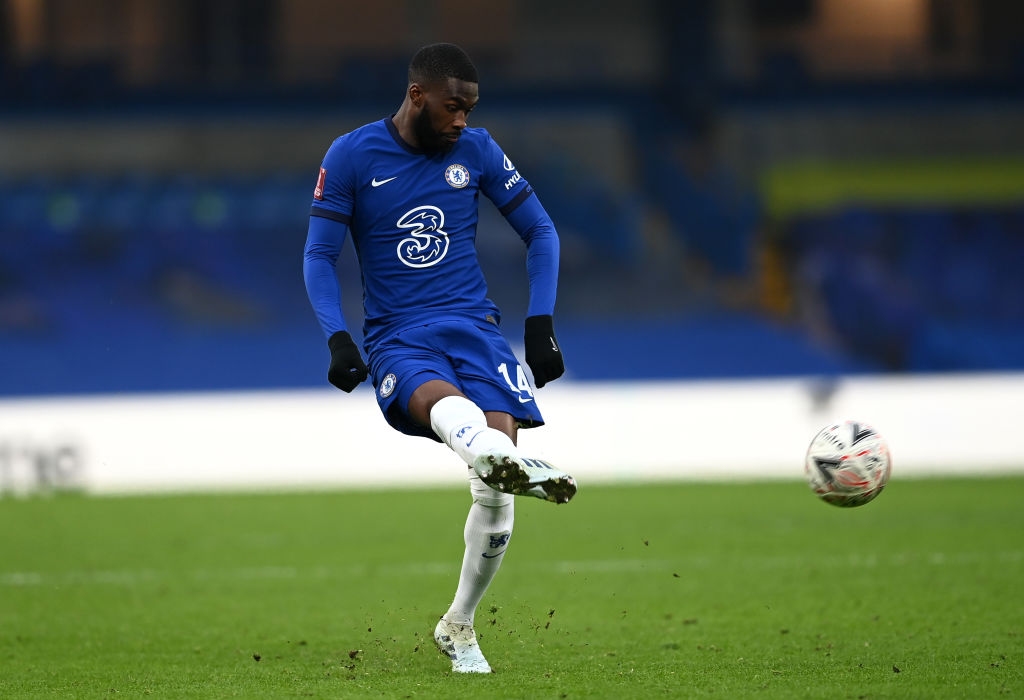 AC Milan are reportedly closing in on an agreement for out-of-favour Chelsea centre-back Fikayo Tomori.

Academy product Tomori, 23, impressed for the Blues after returning from a loan spell at Derby County last term but has made only four appearances in total this season, including just 45 minutes of action in the English top flight.

Thiago Silva and Kurt Zouma have established themselves as Chelsea’s first-choice partnership at the back and Tomori is also behind Cesar Azpilicueta, Antonio Rudiger and Andreas Christensen in the pecking order at centre-half.

Premier League rivals Leeds and Newcastle have both been keeping tabs on Tomori’s situation and explored possible temporary deals but it appears the England international is set to spend the second half of the season in Italy.

According to Gianluca Di Marzio, Milan have focussed their attentions on Tomori after another of their top targets, Strasbourg’s Mohamed Simakan, was ruled out for two months due to a knee injury.

It’s claimed Chelsea are proposing a loan with an option to buy Tomori for a fee of around €30million (£26.5m) next summer.

And while Milan are looking to bring that figure down, discussions are said to be at an advanced stage and the Serie A leaders are keen to push towards a total agreement before the deadline.

Frank Lampard confirmed a loan move could be on the cards for Tomori after the centre-back made a 10-minute cameo appearance in Chelsea’s 4-0 victory over Morecambe last weekend.

‘The situation with Fikayo is open at the moment,’ the Chelsea head coach said following Sunday’s FA Cup third round tie.

‘There is a possibility he could be going on loan to get games somewhere else. So that would have to be the solution for him and the club. That was part of my thinking of not starting him today.

‘I gave him some minutes at the end but while we were looking at that I wanted to make sure it was the right thing for the club and for him and individually.

‘So that’s why he didn’t start.

‘But his attitude, even though he hasn’t played much recently, has been fantastic in training and in how he is.’