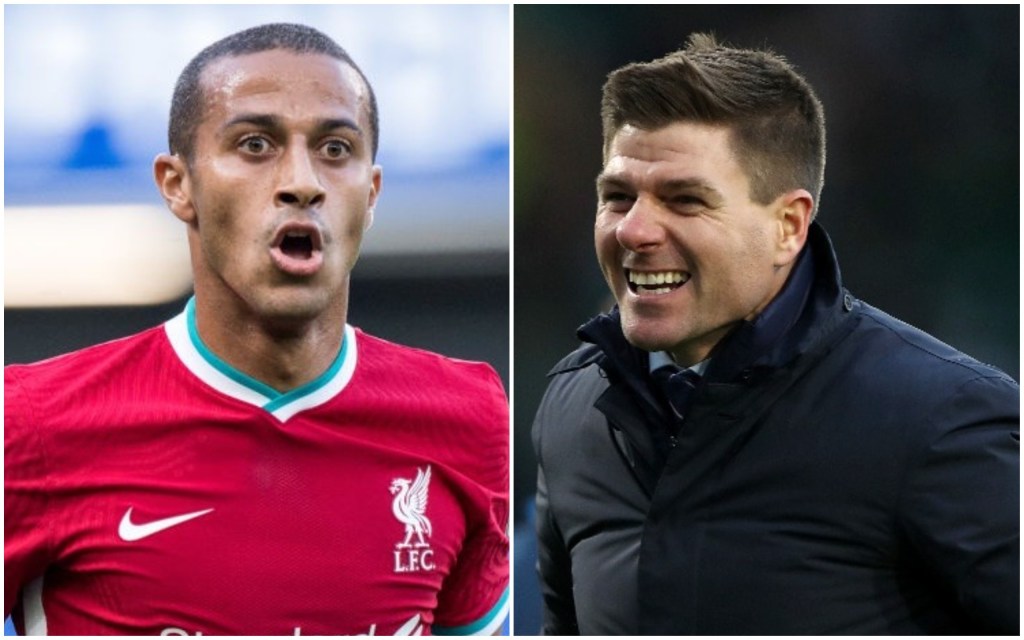 Steven Gerrard says it would have been a ‘pleasure’ to have played alongside Thiago at Liverpool.

In a Liverpool Q&A session this week, Thiago couldn’t decide who his preferred midfield partner would be out of Gerrard or Xabi Alonso.

‘The midfield is so big I can pick both,’ Thiago replied when asked to choose between Gerrard and Alonso.

‘We can play with three midfielders.

And Gerrard, who looks on course to guide Rangers to the SPFL title this season, replied on Instagram: ‘That would have been a pleasure trust me.’

‘I have massive respect for the story of Steven Gerrard at this club. He changed the club as well,’ said the Spain international.

‘I look forward to meeting him. Steven Gerrard is a legend. If I had played alongside him, it would have been a way to learn more football.’

Thiago also paid a special tribute to Alonso, who he played alongside at Bayern Munich and with Spain’s national team.

‘I have already played with Xabi Alonso,’ he said.

‘I can tick it and say I have played with him.

‘With Xabi, Xabi is a friend, a team-mate and a teacher for me while we were playing together at Bayern and the national team.

‘I like him a lot and respect him as a player, as a person and now as a coach.’