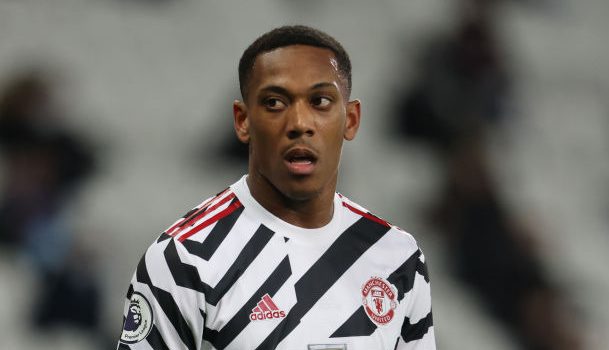 Manchester United are hopeful over Anthony Martial’s hamstring injury ahead of their clash with Liverpool on Sunday, according to reports.

The France international was forced off in the closing stages of United’s 1-0 victory over Burnley on Tuesday evening.

The win has put United top of the Premier League ahead of their trip to face Jurgen Klopp’s side at Anfield this weekend.

Ole Gunnar Solskjaer will be hoping to have Martial available after he pulled up holding his hamstring following a shot on goal.

And according to MailOnline, United believe Martial’s injury is ‘not as bad as first feared’.

The report also claims that the forward’s hamstring will be assessed before Thursday’s training session.

‘It’s a brilliant position to be in,’ Solskjaer told Sky Sports.

‘Of course we know we’re going to the champions who have had an unbelievable three-and-a-half-seasons, we know it’s going to be a difficult game for us, but we are ready for it.

‘We couldn’t have asked for a better time to play them because we are in good shape, good form and hungry, which is a good thing because these boys want to get better and that’s the test of their character and quality.’