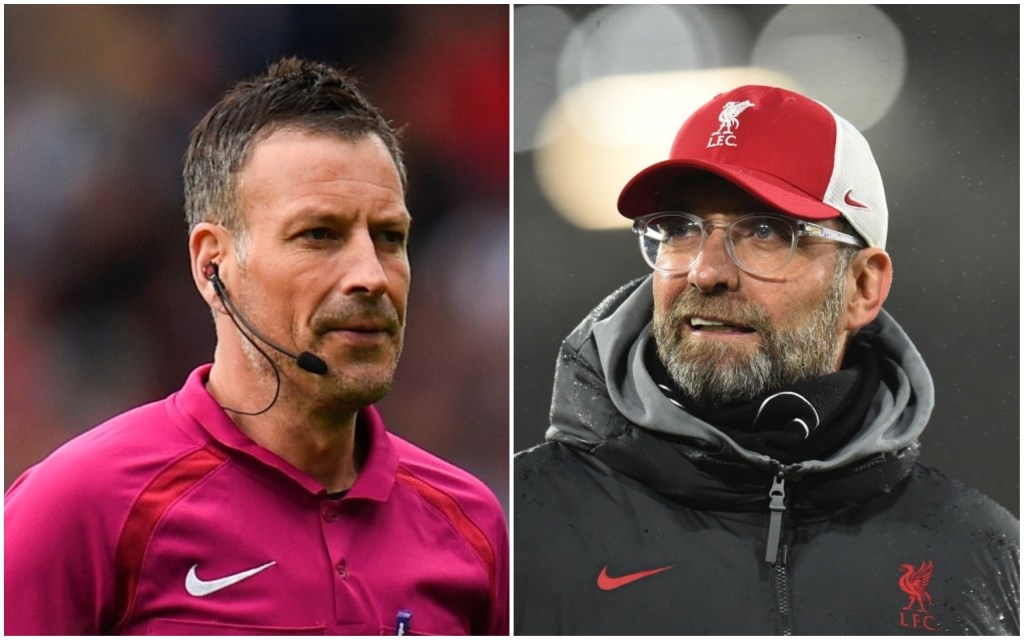 Former Premier League referee Mark Clattenburg has called Jurgen Klopp a ‘hypocrite’ for suggesting that Manchester United have been on the receiving end of favourable penalty decisions this season.

Following Liverpool’s defeat to Southampton earlier this month, Klopp was frustrated at two penalty calls that did not his side’s way and highlighted the disparity between the decisions given to his team and United during his reign at Anfield.

‘I hear now that Manchester United had more penalties in two years than I had in five-and-a-half-years,’ said the Liverpool manager.

Since Solskjaer replaced Jose Mourinho in December 2018, United have been awarded 42 penalties in comparison to Liverpool’s 19 in all competitions.

But Clattenburg, who took charge of 292 Premier League games during his career as a referee, is adamant that officials do not favour United and has accused Klopp of playing ‘mind games’ ahead of Liverpool’s fixture against the league leaders at Anfield this Sunday.

Clattenburg also believes that United did receive favourable decisions during Sir Alex Ferguson’s era but that has ‘eased massively’ since the Scot retired in 2013.

‘Let’s be clear: there is no conspiracy on the part of referees and officials,’ Clattenburg wrote in his column for MailOnline.

‘Was Klopp insinuating there is? Or was he suggesting United have players who are encouraged to dive? If his intention was the former, then I’ve got no time for that. It simply is not true.

‘But if he was highlighting the ease with which some United players go down in the penalty area then, yes, I believe he was making a valid point. Even if it does ignore similar suspicions about some of his stars.

‘He sounds like a hypocrite if he is suggesting United’s players are looking to win penalties. The likes of Mo Salah and Mane are just as capable of employing similar tactics.

‘He is clearly getting edgy, though, because not since Fergie have we seen such a blatant attempt to influence a referee ahead of a big game. Klopp wasn’t doing this last season when Liverpool were winning every week.

‘He does not like losing, he never has. He gets prickly. But he is wrong to suggest there is an aura around United that sees them given favourable decisions.

‘There used to be when Fergie was there, but that has eased massively since he left.’