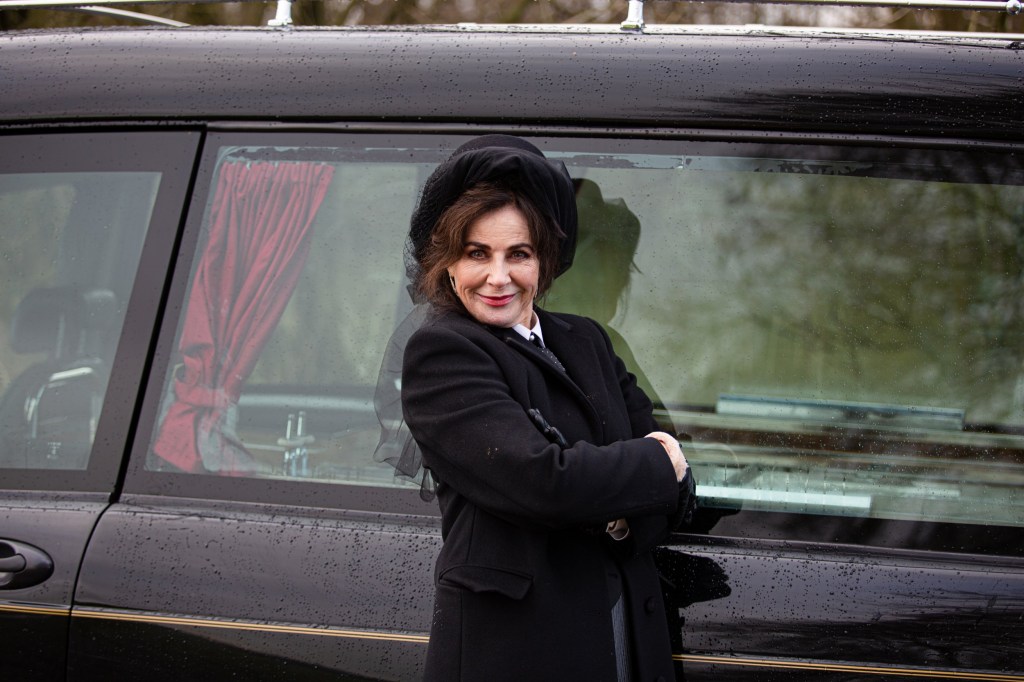 Rejoice Emmerdale fans for the iconic Faith Dingle will soon be back in the village in a madcap storyline that completely befits her bonkers nature – and Sally Dexter is already back filming the role.

After leaving, Sally always suggested it would be a temporary exit and confirmed we would see Faith again – but stealing a hearse dressed as a funeral director? We might not have expected that. Although we should have.

Mother of Chas (Lucy Pargeter) and Cain (Jeff Hordley), Faith was last seen leaving the Village in a taxi after revealing to her son that she drove Nate’s (Jurell Carter) mother away when she was pregnant and kept the secret from him.

With Cain’s ultimatum ringing in her ears – if she didn’t leave Emmerdale, he would – Faith emotionally accepted her fate and was exiled by the tight knit Dingle clan.

In scenes coming up, viewers will see Moria (Natalie J Robb) bump into Faith. Desperate to get away from Moira’s questions, as she’s dressed as an undertaker, Faith is in the process of stealing a hearse. As you do.

After their chance meeting, Faith later turns up in the village to ask Moira if she thinks Cain could ever forgive her.

On her return to the role of Faith, Sally Dexter said: ‘It’s wonderful to be back in Emmerdale again. From the first day I felt like I was getting a big warm family hug from everyone, it’s a really special show!’

Emmerdale producer, Sophie Roper enthused: ‘I’m delighted to see the return of much-loved character Faith Dingle to the village. A character bursting with fun, Faith’s certainly set to ruffle a few feathers and will test the Dingle’s loyalties like never before.

Sally will appear back on screen next month.