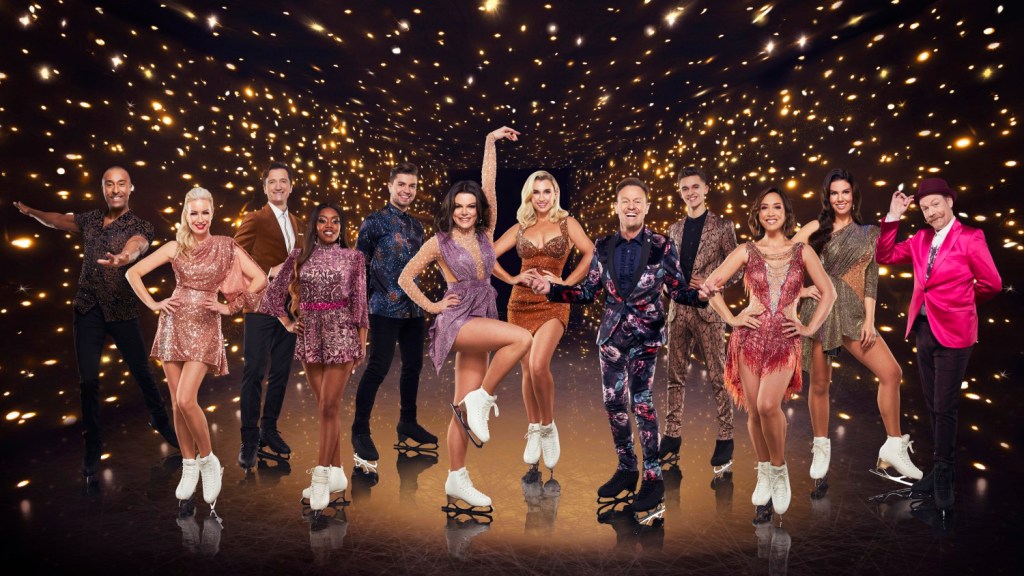 Dancing On Ice is ‘in jeopardy of not going ahead’ after five crew members tested positive for coronavirus, new reports claim.

The series is set to launch on Sunday evening, with the new group of celebrities taking to the ice with Covid-friendly rules put in place.

However, following the claimed breakout on set, the team have had to up the ante to ensure the show is safe, with protocols turning into a ‘nightmare’.

‘But while there are concerns about further people having to isolate, bosses are confident they have put all the precautions in place to safely be able to get the show on air.’

Holly Willoughby and Phillip Schofield are returning to host the show, with skating icons Torvill and Dean leading the judges panel alongside John Barrowman and Ashley Banjo.

As well as plenty of changes behind the scenes to remain Covid-secure, there are a few differences in the format on Dancing on Ice this year.

Like normal, six celebrities will take part in the first show of the series, followed by the remaining six the week after.

The couples at the bottom of their respective leaderboards after both weeks will take part in a Skate Off, looking to avoid being voted off.

But in a new twist, this year judges will have the power to award their newly created Golden Ticket.

During the first two weeks, one couple per week will receive a ticket and be saved from the vote, ensuring they progress to the next round.

Dancing on Ice: From format changes to the best line-up yet – your guide ahead of launch

Metro.co.uk has contacted Dancing On Ice reps for comment.

Dancing on Ice starts Sunday January 17 at 6pm on ITV.


MORE : Sir Tony Robinson on how the Blackadder cast was like the Spice Girls and the return of Maid Marian and Her Merry Men