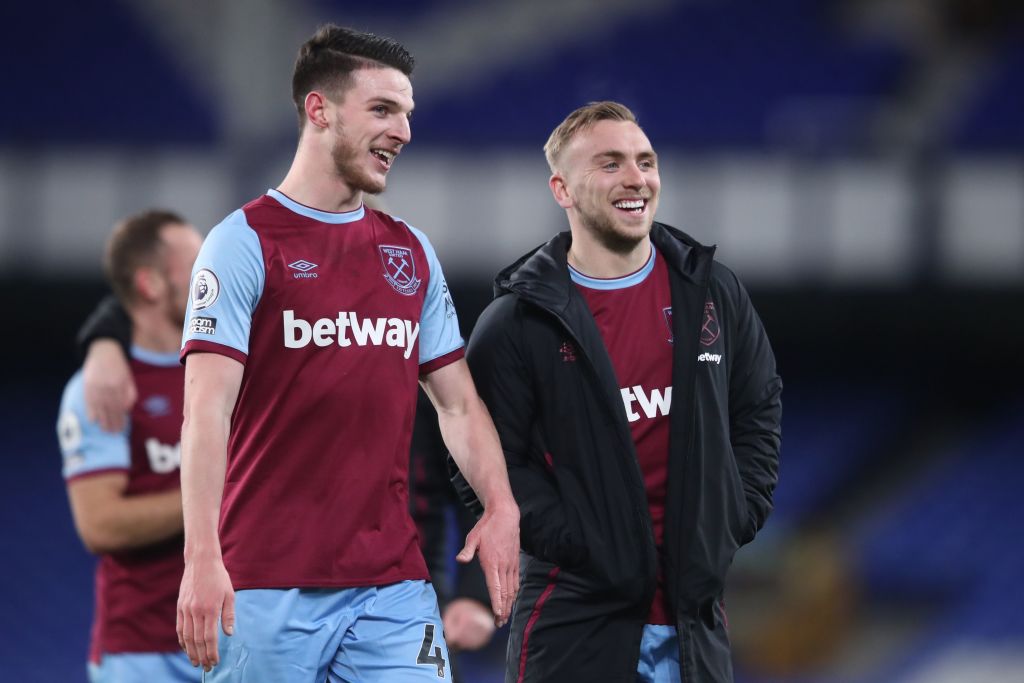 Rio Ferdinand believes Declan Rice would choose to join Chelsea ‘if he had his wish’ next summer despite rumours Manchester United are also firmly in the race to sign the West Ham star.

Rice was let go by Chelsea at the age of 14 and has gone on to become an integral player for the Hammers, making 129 appearances since his first-team breakthrough back in 2015 and earning 13 caps with the England senior side.

Chelsea’s move to bring Rice back to the club has been gathering pace in recent months and reports this week suggest the 21-year-old would favour a return to Stamford Bridge – where he would be reunited with best friend Mason Mount – over a switch to Old Trafford.

Addressing the recent speculation on his FIVE YouTube channel, Ferdinand admitted he could envisage the young England midfielder wearing the blue of Chelsea in the not-too-distant future.

But the legendary ex-United and West Ham centre-back is confident Rice will remain loyal to his current club for the time being and see out the rest of the 2020/21 campaign at the London Stadium.

‘I don’t think he goes this window, I think he stays there for the remainder of the season. I don’t think he’s the kind of kid who is going to push to leave right now,’ Ferdinand said.

‘If it happens, it will be between the clubs. I don’t think he’s going to be the person that instigates it.

‘I think he’s quite a laid-back kid in that sense but he’s a driven kid. He’s someone who wants to achieve, better himself and improve.

‘He’s like a sponge, he asks questions when you speak to him: “What was it like in your time?”

‘He reminds me of myself in that respect. He asks questions like, “What was he like, training with him?”, and he wants to know everything because he wants to better himself and you can’t fault a kid like that.

‘Good luck to him. I think it’s inevitable he will go but I think – if I’m being realistic – he will go in the summer and I think it would be to Chelsea if he had his wish.’

Man ‘gunned down in shooting’ outside supermarket

According to Ferdinand, West Ham may have to consider a fee of around £50million for their prized possession given the financial repercussions of the coronavirus pandemic on the transfer market.

‘I think West Ham would be looking to get as much as they can,’ he added.

‘I think with the Covid-19 situation, the price has to be altered again.

‘West Ham would be looking for £70m plus without Covid but with Covid it will be around £50m or a bit lower than that maybe.’


MORE : Christian Pulisic is ‘too good’ for Chelsea and is being ‘wasted’ under Frank Lampard, says Alexi Lalas