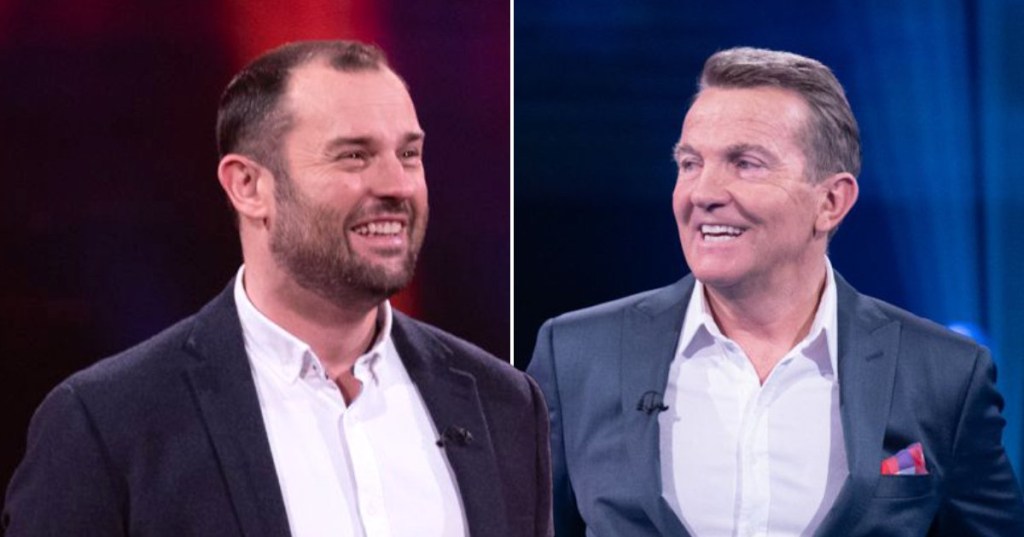 Beat The Chasers was bringing joy in more ways than one during the series finale tonight – with a contestant taking home a £50,000 prize and a fiancee.

Given 60 seconds on the clock to get his questions right, compared to the Chasers 40 seconds, Michael landed the victory, and celebrated by buying girlfriend Nicola an engagement ring.

Speaking after the win, he said (via WalesOnline): ‘I’m delighted to confirm that I proposed to my partner soon afterwards and she said yes.

‘A wedding will now take place as soon as it’s safe to do so. We’ve also started doing the final bits of work that we wanted to do with our house.’

During the show, Michael did tease to Bradley that Nicola had been dropping some not-so-subtle hints about what she wanted from him if he won big.

‘My partner’s been sending me pictures of gems that fit in a ring, so an engagement could be on the cards as well,’ he joked.

Turns out he was more serious than he let on.

‘It hasn’t sunk in at all yet [that I won] and it probably won’t for some time,’ he said.

‘Being able to tell people I beat the Chasers is definitely a claim to fame that I am looking forward to telling people about when pubs open again.’

The latest series ended on the high note, but fans are eager to see the quizmasters back in action sooner rather than later.

Beat The Chasers winner proposes to girlfriend with ring bought from £50,000 winnings

The new quiz show, fronted by the quizmasters of The Chase, has become must-watch TV over the past week as a series of hopefuls take on all five super-brains in a bid to earn some serious cash quickly.

It’s super stressful, with some losing tens of thousands over a second… but it is extremely gripping telly.

Beat The Chasers is available now on ITV Hub.