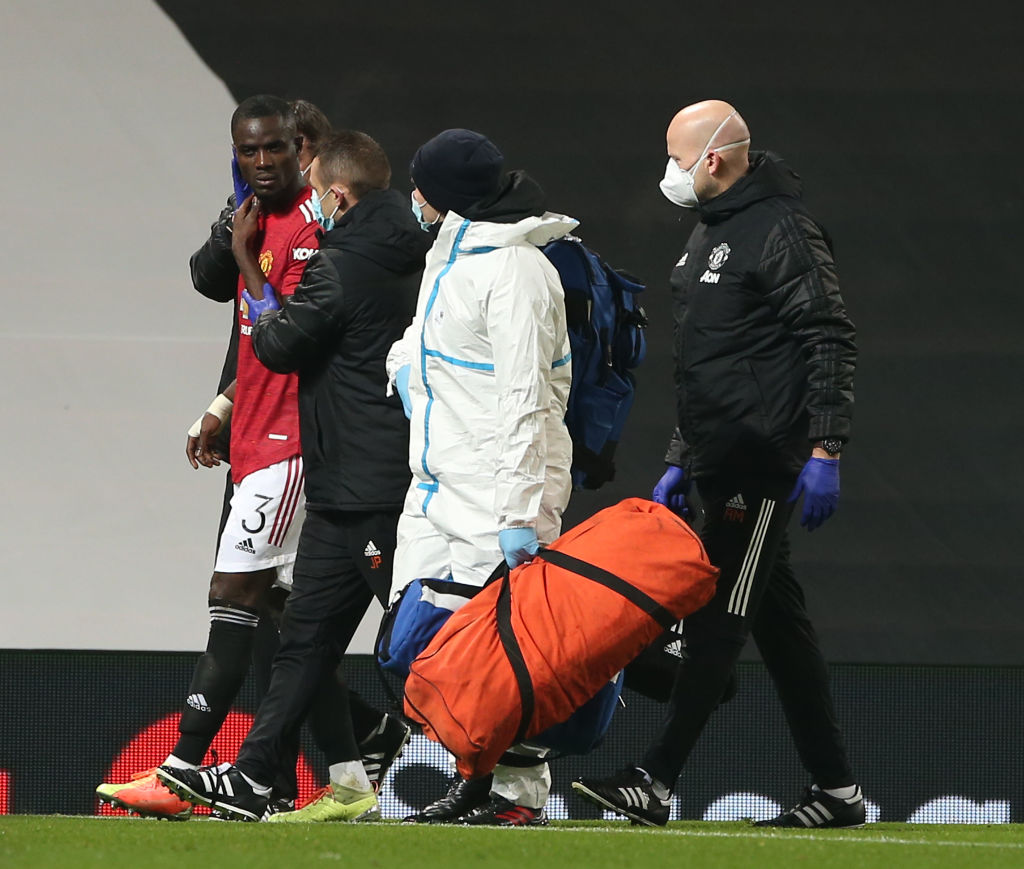 The Red Devils sealed their passage to the FA Cup fourth round with Scott McTominay’s early header enough to seal the win.

But just before half-time, Bailly went down after colliding with Dean Henderson as the United goalkeeper punched a cross away.

The Ivory Coast defender received medical attention and looked dazed when walking off the pitch, resulting in him coming off for Harry Maguire.

Speaking after the match at Old Trafford, Solskjaer was confident that Bailly hadn’t suffered a concussion and admitted the injury looks like a sore neck.

‘There was no concussion,’ Solskjaer told MUTV.

‘Apparently it was his neck – a sore neck. But he couldn’t carry on, so let’s check on him tomorrow.‘

Bailly took to social media after the game to give fans an update.

He said on Twitter: ‘Good job by the team to advance in the FA Cup. I am OK, it was just a knock.‘

United will be hoping Bailly’s injury won’t keep him sidelined for long with several crunch games just around the corner.

The Red Devils have the chance to go top of the Premier League if they can beat Burnley at Turf Moor on Tuesday before facing a tough trip to Anfield to take on rivals Liverpool next weekend.