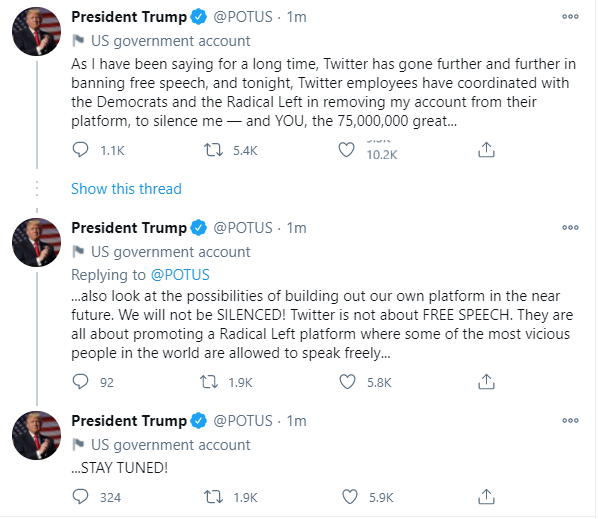 In a series of tweets, Trump criticizes Twitter’s decision to ban him saying, ‘Twitter employees have coordinated with the Democrats and the Radical Left in removing my account from their platform, to silence me.”

He goes on to say, ‘We will not be SILENCED! Twitter is not about FREE SPEECH.’

Those tweets have since been deleted.