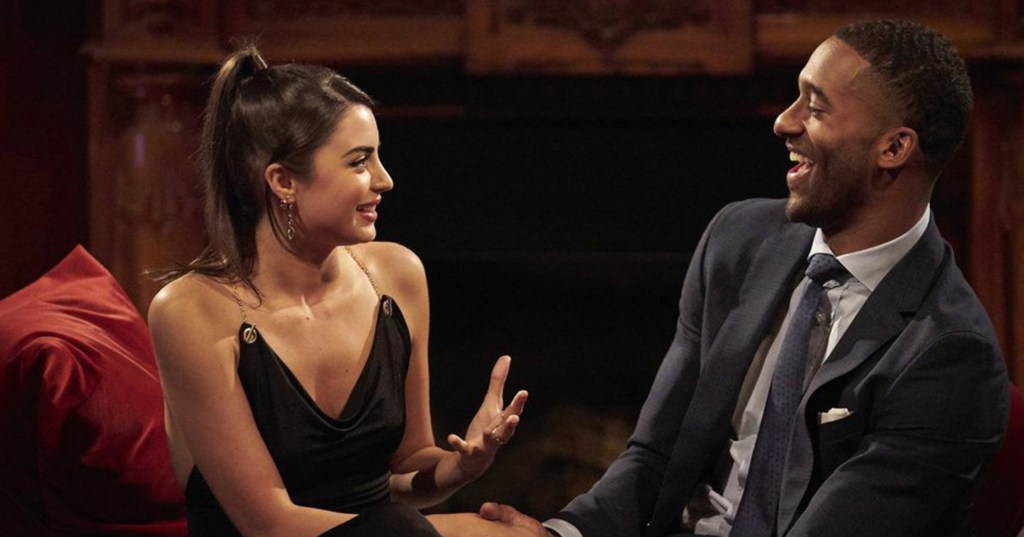 *** Warning: This article is full of spoilers for Matt James’ season of The Bachelor***

Rachael Kirkconnell is likely to be the standout contestant from The Bachelor 2021 after reports she wins the heart of Matt James.

The graphic designer was seen making a great impression on the first night of the show.

Indeed, Matt is set to like her even more as the weeks go on.

Who is The Bachelor’s Rachael Kirkconnell?

She graduated from Georgie College & State University in 2019 with a markerting degree.

According to her Instagram, she lives in the Atlanta area while working as a graphic designer.

Does Rachael Kirkconnell win The Bachelor?

However, her family have been telling people that she won his entire season.

This has raised a few red flags for Reality Steve because it is usually not so out in the open.

He added: ‘I’m not 100% sold on it yet, but, I’m just telling you that’s the one I’ve heard most. I’m also positive Serena P and Michelle don’t win. So all signs are pointing to Rachael.’

All eyes are on Matt’s historic season of The Bachelor as fans wait to see if he manages to find true love on the dating reality show.

Netflix’s The Circle US has a surprising filming location

As the first Black lead in the franchise’s history, viewers are routing for Matt to have a great experience on the long-running ABC series.

The Bachelor airs Mondays on ABC.


MORE : The Bachelor 2021: Viewers are losing it after spotting Vampire Diaries link to Matt James’ season


MORE : The Bachelor 2021 spoilers: How Matt James’ season will play out