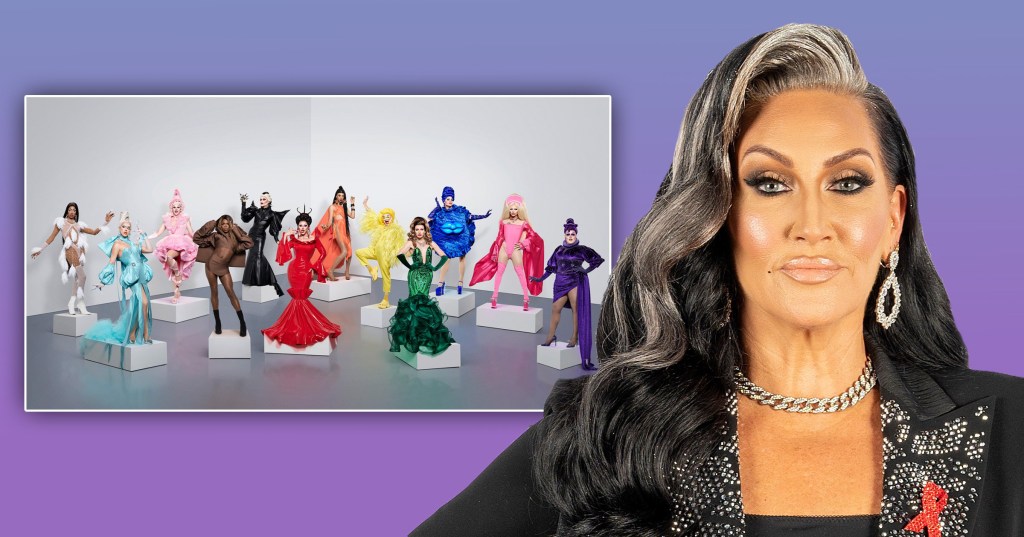 RuPaul’s Drag Race has been running for 13 seasons Stateside and on its second run over here in the UK – but Michelle Visage is still seeing the same fatal errors.

The TV judge, who is RuPaul’s right hand lady on the drag queen competition panel, has let rip at competitors continuing to ignore her advice and suggestions.

So who could’ve made the fatal error? We’re not too sure – but Ginny Lemon definitely made a statement in bright yellow crocs during her promo photo… just saying.

As for Michelle, she couldn’t help but praise the new queens, even if some of them didn’t take her advice.

‘Series two is so strong, I think people will be clamouring for more, but I think that a basic leotard with some bling stuck on it…No, Absolutely not,’ Michelle said. ‘Not on RuPaul’s Drag Race.

‘At the club? absolutely. Have at it at Admiral Duncan [in London’s Soho], but you’re not doing this on the main stage of RuPaul’s Drag Race because it takes no thought.

‘Even if you just make it not look like a bodysuit, and that’ll make me happy.’

‘It doesn’t take a lot to make me happy, it just takes you to go a little bit of an extra step,’ she added. ‘But it’s still happening. I’ll still see that wherever I go.

‘Nobody’s invalidating a leotard,’ she hastened to add. ‘It’s great. The difference is, it needs to be elevated because this is the Olympics of drag.

‘You can’t do the Olympics of drag in a flat shoe and a leotard!’

Drag Race UK is going to look slightly different this season – with the production forced to shut down just four episodes into production due to coronavirus.

The final six episodes were filmed at the end of last year in time for the show’s launch.


MORE : HBO ratings plummet after Game of Thrones ending: Will prequel House of the Dragon pull viewers back?