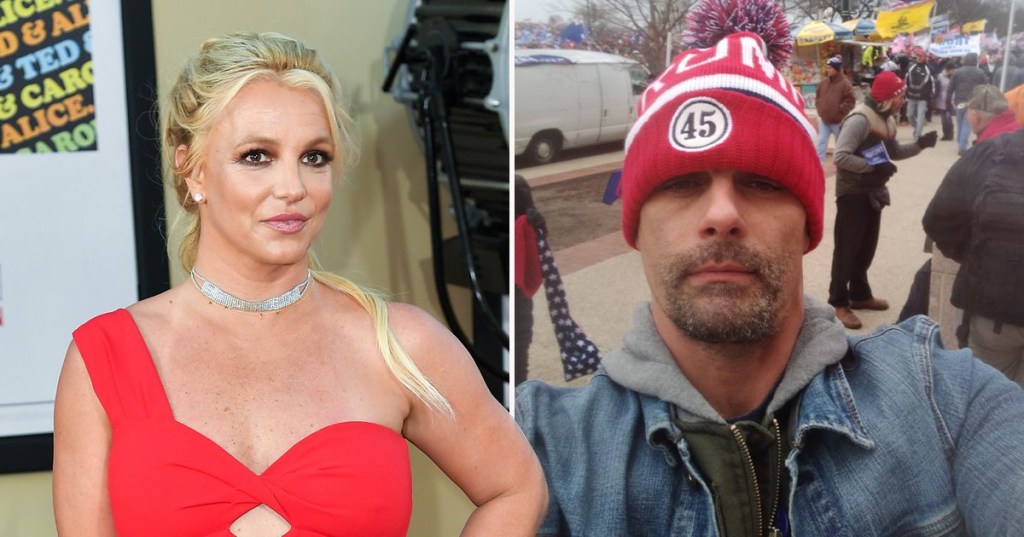 Britney Spears’ ex-husband Jason Allen Alexander shared photos and videos with his followers as he attended the pro-Trump protests in Washington DC.

Jason, who famously married Britney in Las Vegas in 2004 before their marriage was annulled 55 hours later, took a selfie wearing a red Trump 45 hat outside the Capitol, where protesters could be seen with flags.

He captioned the snap: ‘DC. Millions showed up’, though he did not appear to have been among the people who breached the Capitol from his posts.

Hundreds of protesters had stormed the Capitol in support of Donald Trump as Congress was set to count electoral votes to certify he had lost to President-elect Joe Biden.

Jason had also shared a video from the protest with the caption: ‘Where all my patriots I’m on the Trump Train what will you tell your grandkids’.

The march on the Senate descended into a riot in which four people were left dead and 68 have been arrested as they tried to overthrow November’s election results.

Following the events, Trump agreed to a peaceful transfer of power for the first time since the election.

The Trump protest is not the only demonstration Jason has been spotted attending, however, as he was also seen at a #FreeBritney rally in August.

He had joined the crowd gathered outside an LA courthouse where a hearing was taking place about her conservatorship, which has been in place since 2008.

Jason told Us Weekly at the time: ‘I’m here to show support for the #FreeBritney movement and Britney.

‘This is an unfortunate situation that’s been in her life for a long time. It’s affected me and her, and that makes me part of it.

‘I’ve been quiet for 10 years, and I feel [like] what a good time to come forward now with the movement making noise and the conservatorship hearings going on.’