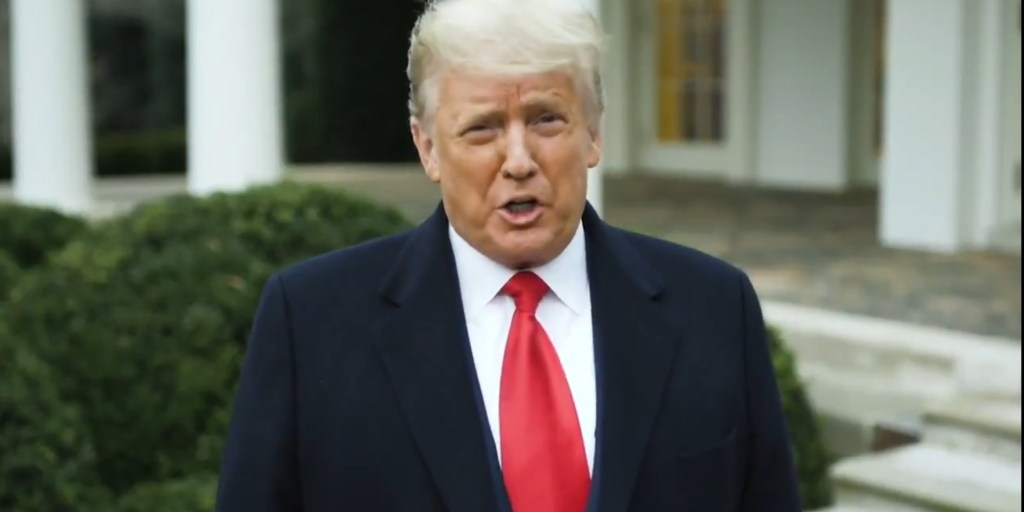 In the midst of a violent protest on the Capitol building by Trump supporters, in which one woman died, Trump requested a stop to the violence but added that he ‘loved’ the ones protesting.

Twitter safety tweeted: ‘Future violations of the Twitter Rules, including our Civic Integrity or Violent Threats policies, will result in permanent suspension of the @realDonaldTrump account.

‘This means that the account of @realDonaldTrump will be locked for 12 hours following the removal of these Tweets. If the Tweets are not removed, the account will remain locked.’

Later, Twitter safety added: ‘As a result of the unprecedented and ongoing violent situation in Washington, D.C., we have required the removal of three @realDonaldTrump Tweets that were posted earlier today for repeated and severe violations of our Civic Integrity policy.’


MORE : Donald Trump blames deadly riot he started on his ‘sacred’ election win being ‘stripped away’