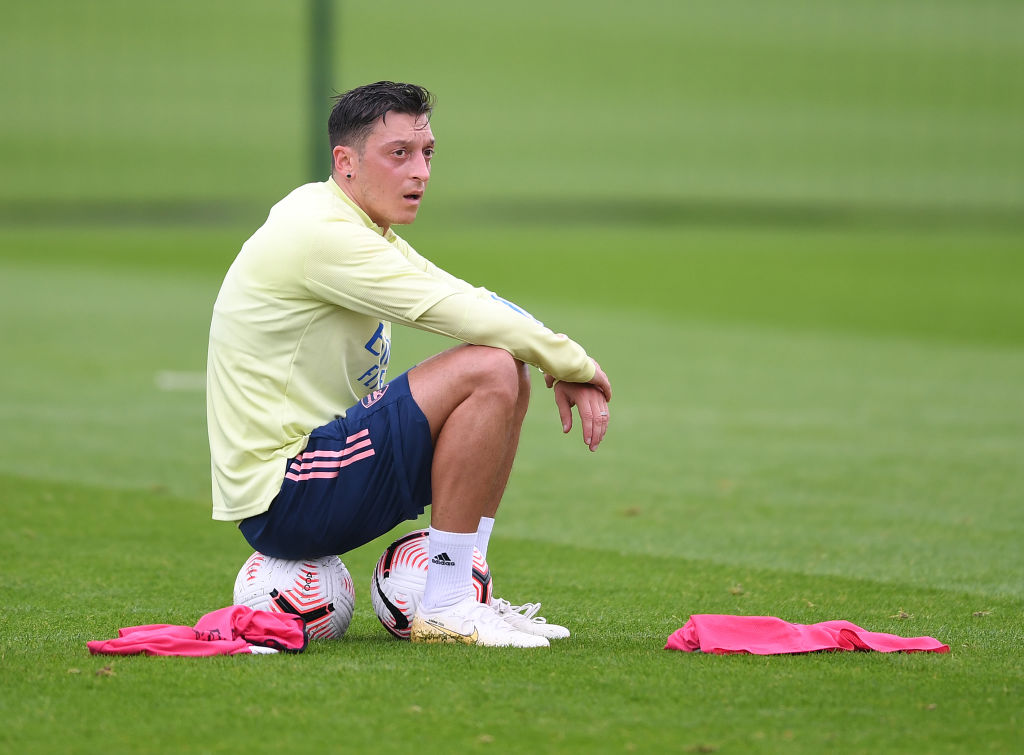 Mesut Ozil is finally prepared to leave Arsenal and the club are attempting to push through the midfielder’s departure in the January transfer window, according to reports.

Ozil’s last appearance for the Gunners was back in March 2020 and he has been left out of their Premier League and Europa League squads so far this season.

In a lengthy statement on social media back in October, the 32-year-old reiterated his desire to see out the remainder of his contract, which is due to expire at the end of June.

However, according to the Daily Mail, Ozil is now finally open to departing from the Emirates.

The report states that Arsenal are pushing to offload the Germany international in this month’s transfer window to bring an early end to his time at the north London club.

Ozil’s boyhood team, Turkish side Fenerbahce, have a long-standing interest in the playmaker, while MLS outfit DC United are also keen.

The Gunners are said to be willing to pay a portion of his £350,000-a-week wages to ensure his departure in January.

Speaking to ESPN on Wednesday, Ozil’s agent Erkut Sogut admitted the picture over the midfielder’s future will become clearer in the next 10 days.

‘We were not allowed to talk legally before January 1 so now we are just starting to look at the options with the numbers and details,’ Sogut said.

‘I can’t talk about the clubs directly because it would be unprofessional but generally, there is six months left on the contract and it is nothing unusual that we will talk to people about different opportunities and try to find the best option for Mesut.

‘He might stay at Arsenal until the summer but he might go. Mesut’s priority is to stay but you never know in football, things can change very fast. For the moment, we are just checking all the options for January and the summer.

‘If we want to leave in January, I need to talk to Arsenal. If we sign for the summer, we don’t need to. That’s the situation.

‘In the next seven to ten days, it will be a little clearer as now the transfer window is open, things can move faster.’