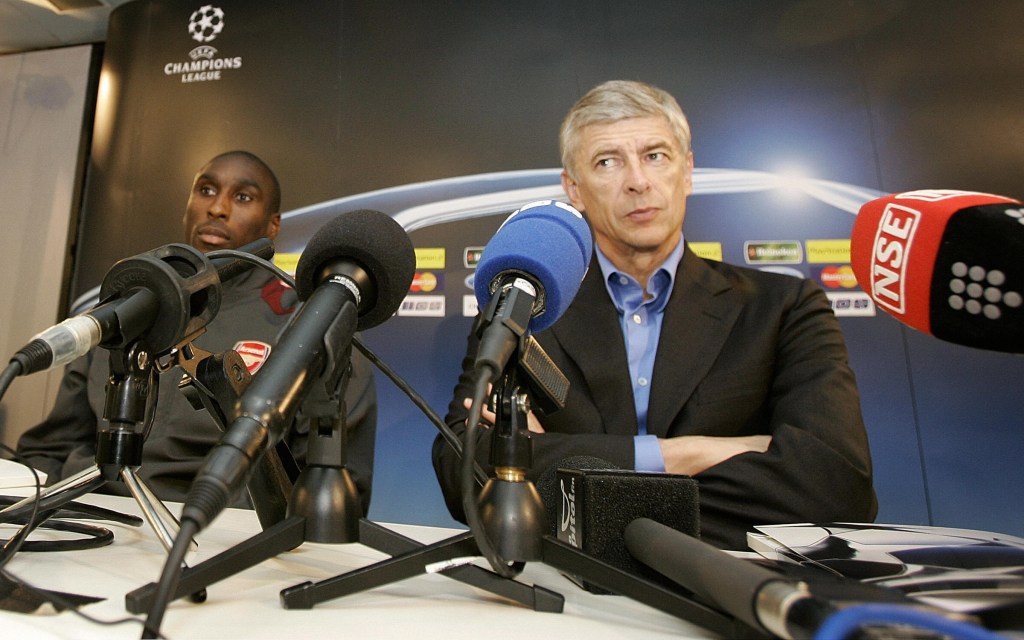 Arsene Wenger has revealed that Arsenal’s players booed Sol Campbell in training to help him prepare for facing former club Tottenham, while he also suggested he regrets having signed the centre-back.

Back in the summer of 2001, then Spurs captain Campbell stunned the footballing world when he decided to join north London rivals Arsenal on a free transfer.

A couple of months later he returned to White Hart Lane for the first time and was given a vitriolic and hostile reception, with Tottenham fans branding him ‘Judas’ and he was even hit by a water bottle during the game.

But Campbell was braced for the reaction after his teammates spent the week leading up to the game booing him in training, though Wenger admits he still wonders if the transfer was the right thing to do.

Asked if it was true that Arsenal’s players had booed and intimidated Campbell before facing Spurs, Wenger told German magazine 11 Freunde: ‘They did that, and they also made jokes about it.

‘But the situation was really stressful for Sol and he told me afterwards how severe it became.

‘He couldn’t go to certain places for dinner or walk freely in London because of the anger of the Tottenham fans.

‘In hindsight, I’m not sure if I would sign him again bearing in mind the difficulties he faced.’

On how he kept the deal quiet, even meeting at night at David Dein’s house, Wenger continued: ‘Until I presented Sol Campbell to the press, nobody could have ever imagined him in an Arsenal shirt.

‘This transfer remained secret amongst the four of us: him, his agent, David and me. That cannot happen anymore in modern football because there are so many people involved in a transfer.

‘We walked around the house in the countryside at night. I knew that it would cause heated debates in London, but I was truly convinced by the player.

‘I thought he was capable of facing the adversity. For me, it was easy because everybody was conscious that I had signed a great player. But for him, it was more complicated.’