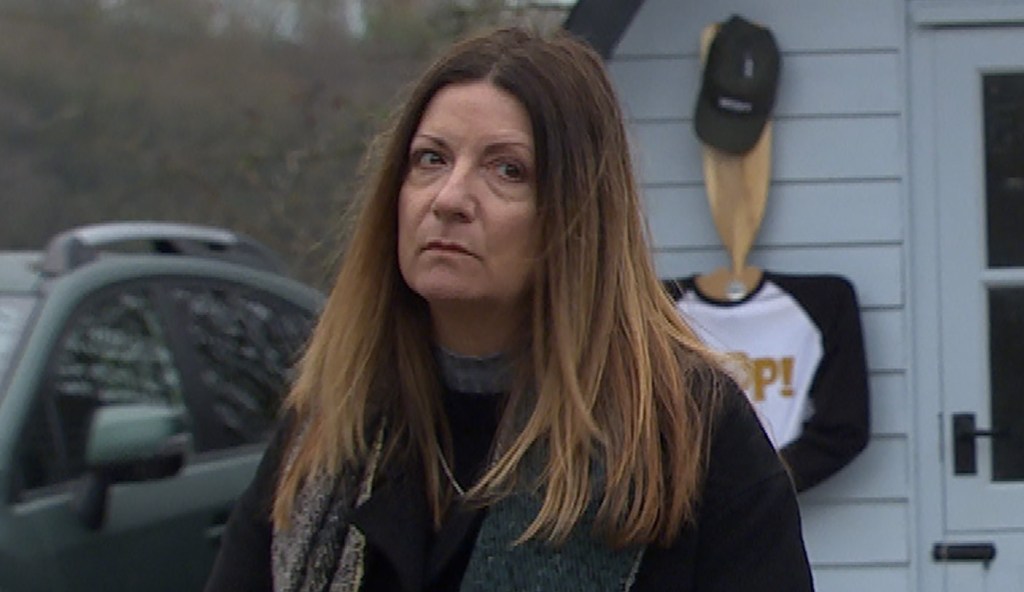 Harriet Finch (Katherine Dow Blyton) has been struggling to cope in Emmerdale in the wake of DI Malone’s (Mark Womack) demise, but things get much worse for her next week.

Since moving the bent copper’s corpse, Harriet has been unable to stop thinking about her crimes.

What’s more, the realisation that her affair cost her the love of her life in Will Taylor (Dean Andrews) has been weighing on her.

Next week, matters are made worse, as she spots Will flirting with Kim Tate (Claire King), and she’s left seething as a result.

Lucas’ birthday is approaching, and therefore she goes to pick the little boy up, but she’s gone for much longer than one should be while doing such a task, and Dawn (Olivia Bromley) worries that something is wrong.

She suggests calling the police, but ultimately decides against such a thing when Harriet returns home drunk — and she’s got no excuses as to where she went.

Will berates her for being late, but Harriet fights back, informing Dawn that Will and Kim are sleeping together!

Dawn begins to feel sorry for Harriet — that is, until she discovers her huge secret.

Yes, Harriet is keeping shtum about the fact that she lost Lucas for an extended period of time, and Dawn finds out when Lucas’ social worker shows up and tells her everything.

The matter is being taken very seriously, and the social worker questions whether Lucas is safe under Dawn and Harriet’s care. Therefore, the police arrive and take the young boy away — leaving Dawn distraught.

Have Harriet’s actions cost Dawn everything?