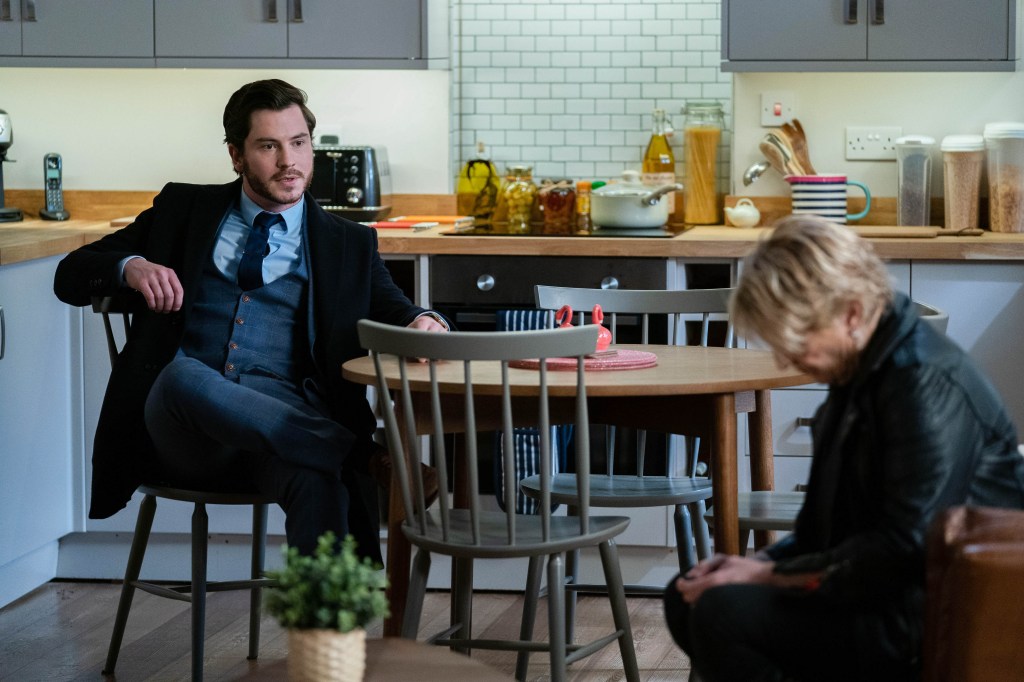 Gray Atkins (Toby-Alexander Smith) has more blood on his hands after murdering Tina Carter (Luisa Bradshaw-White) in EastEnders and, tragically, her beloved family have no idea of the fate that has befallen her.

With Mick (Danny Dyer) and Shirley (Linda Henry) believing that Tina has gone on the run, terrified that she will be incarcerated for the attack on Ian Beale (Adam Woodyatt), Gray hopes that he can get away with his latest brutal act.

The Carters worry that Tina won’t show up for her hearing and how it will look but Gray puts on a front telling them that Tina might surprise them. Later, he sends a text from Tina’s phone – and it leaves Mick shocked when he reads it.

But what words has Gray put into Tina’s mouth and will it be enough to convince the Carters that she is alive?

Gray killed Tina in a terrifying showdown after she discovered his true colours and figured out that he had killed his wife Chantelle after years of abusing her.

It was a traumatic end for Tina, who isn’t even Ian’s real attacker, but how long will the Carters keep up the effort to track her down – and when they find out what has happened to her, will it rip apart the family forever?

Elsewhere, Gray’s frustrations are reaching boiling point elsewhere and it can only be a matter of time before he snaps again.

Gray’s patience is wearing thin with Karen Taylor (Lorraine Stanley) looking after the kids. It’s made worse when Bernie (Clair Norris) wants to apply for a job at the call centre with Kheerat Panesar (Jaz Deol), Gray’s enemy and the man who loved Chantelle and suspects Gray of murder.

With all of this going on, can Gray hold it together – or will he expose his own true nature?