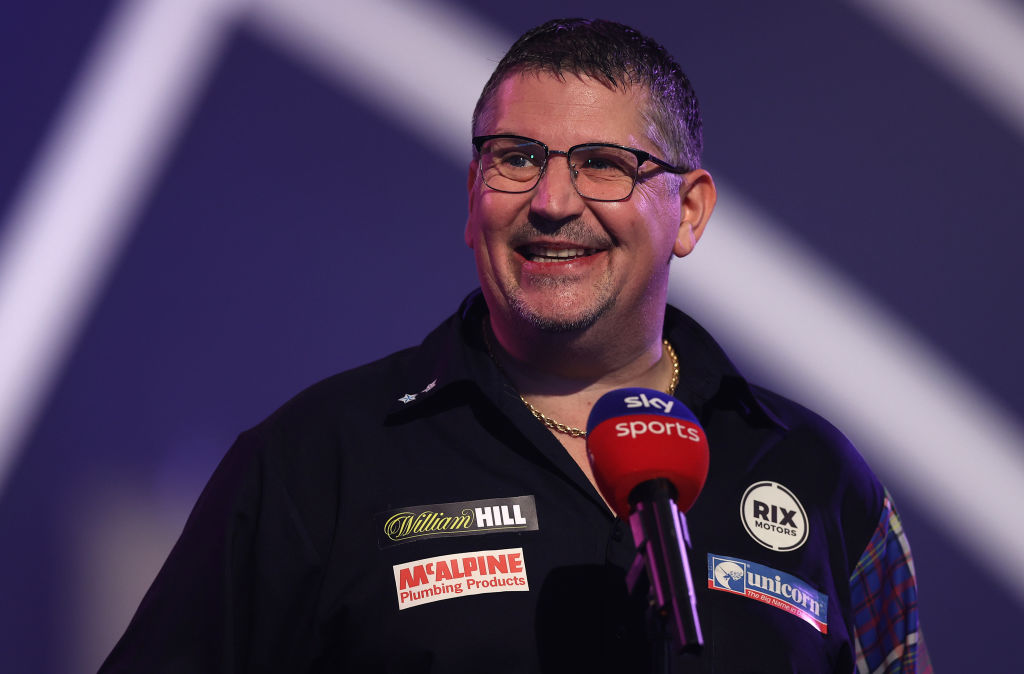 Gary Anderson booked his place in the final of the PDC World Championship after a 6-3 victory over Dave Chisnall at Alexandra Palace.

Chisnall sent Michael Van Gerwen crashing out of the tournament with a shock 5-0 victory over the world number one in Friday’s quarter-finals. But the Englishman was unable to replicate his last-eight performance as Anderson cruised to victory to secure his fifth final appearance.

Two-time world champion Anderson fired in 13 maximums and kept his average above 100 to set up Sunday’s clash against Gerwyn Price.

But the 50-year-old Scot, who was crowned world champion in 2015 and 2016, said he was disappointed with his performance.

‘Compared to the other night, that felt bad, it felt atrocious out there,’ he told Sky Sports. ‘There needs to be a lot more from me tomorrow and I need to buck up my ideas.

‘But I’ve come here with no expectations and I have got there to the final and it’s not bad.’

‘I’m here to win this tournament and I’ve got every chance of winning it tomorrow,’ Price, who will become the world number one if he defeats Anderson in Sunday’s showpiece, told Sky Sports.

‘It’s going to be a really, really tough game, but after that game I’m full of beans and full of confidence.’