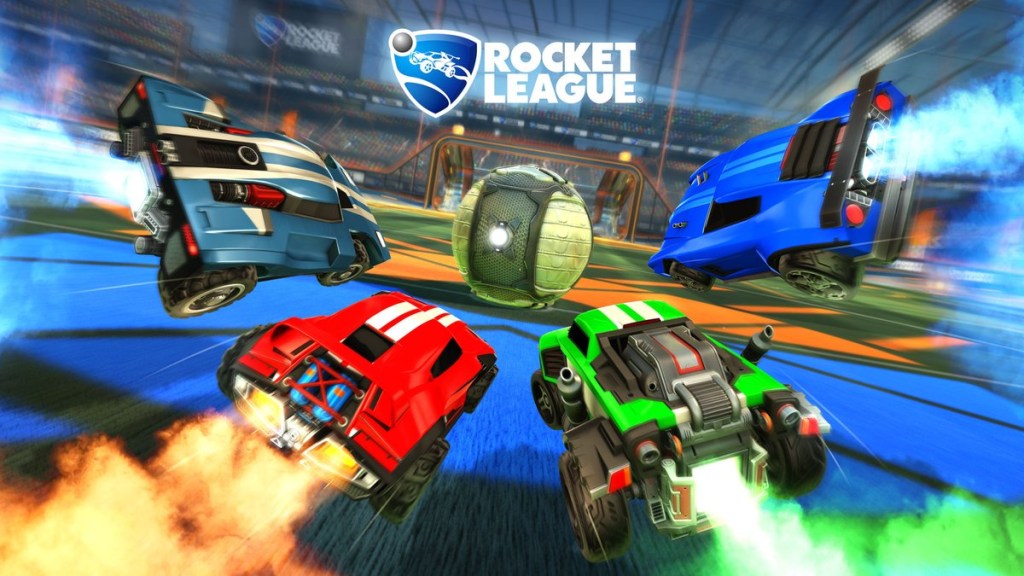 A reader offers his view on the best games for the Xbox One, PlayStation 4, and Nintendo Switch, from Rocket League to Resident Evil 7.

As the generations cross this is a good a time as any to look back at the last generation and specifically the games available on those platforms. So, in no particular order, here are my personal games of the generation. I shouldn’t have to say this but this is obviously based only on games I’ve played, and I don’t have a gaming PC, so this list is not meant to be authoritative. Some of these are quite obvious and have been universally praised by both critics and players, some are more niche and I’ll try and explain why I went for those.

Rocket League (2015)
What it does, it does so well. Consistent and fair, ridiculously addictive the term ‘one more match’ was never used more than with this game. So addictive I had to take an interval and uninstall it during the summer as it was preventing me playing other games. One of the best multiplayer games of all time, let alone this generation.

Wreckfest (2019)
This one may raise a few eyebrows, but I almost guarantee that those people that took a chance on it the vast majority would be singing its praises. Games, like other media, can be a number of things: thought-provoking, educational, competitive but most of all, in my mind at least, they need to be enjoyable. And this is fun in absolute spades. I was a huge fan of Destruction Derby (released 25 years ago!) and this takes that concept to its logical conclusion. Don’t let the arcadey graphics fool you though, underneath is a solid driving engine, and realistic physics (for a video game) mean that all sorts of hilarity reign. If you like driving games or multiplayer titles you wouldn’t regret picking this up.

Inside (2016)
The developers managed to improve on the classic Limbo in every way. The way the story unfolds using show, don’t tell is magical. Tight gameplay, fantastic aesthetics and sound, an unnerving premise all wrapped up in a unique atmosphere make this a must play. A game that can be finished over several hours rather than weeks or months, it doesn’t outstay it’s welcome and in fact left me wanting more. It also left me scratching my head, but I’ll leave you to find out why.

The Last Of Us Part 2 (2020)
As good as it was controversial (in some quarters) this improved on the original in most ways and the story kept me pushing on to the bitter end. Yes, in terms of gameplay it didn’t improve greatly on the original, but it was polished within an inch of its life. After initially playing it, I thought it was very good but didn’t quite hit the heights of its predecessor but in retrospect I was probably wrong, and I’m happy to admit that it’s at least its equal. A masterpiece.

Life Is Strange (2015)
Another one that may not be on many people’s list, I wouldn’t have given this a second glance if it wasn’t given away as part of PlayStation Plus. I’d also heard it talked about favourably on these pages, so even though the premise didn’t appeal to me I thought I’d give it a look. And I’m really glad I did. I was sucked in by the characters, the story and the play style. I’ve not really got on with similar games such as Oxenfree, What Remains Of Edith Finch (see below), and Everybody’s Gone To The Rapture (I really can’t see the appeal to that one) but for some reason Life is Strange clicked with me in a big way. Special mention must go to the soundtrack, which introduced me to some great tunes by Syd Matters.

Red Dead Redemption 2 (2018)
Again, my original thoughts on this were that it wasn’t as good as the original and I’m still in two minds about that looking back. It’s definitely bloated and could have cut 20 hours and be a more streamlined experience, but I suppose that was deliberate, it was meant to be a slow-burner. In terms of the overall look and feel of the title though, this game was unparalleled.

The Witcher 3 (2015)
Won’t say much about this as I imagine this will make everyone’s top 10, and rightly so. A high watermark for CD Projekt and hopefully they can recover from their current predicament.

Super Mario Odyssey (2017)
Just so much fun to play, with so many different ideas that are jettisoned as quickly as they are adopted, utterly charming.

Metal Gear Solid 5: The Phantom Pain (2015)
I’m not a huge Metal Gear fan, the plot and characters can stretch immersion a bit too far sometimes, but this title really gripped me. I didn’t feel it was true open world as other titles on this list are but it certainly shone in the gameplay stakes. An excellent game.

Horizon Zero Dawn (2017)
As a gaming community we’re all sometimes too wed to the past, clamouring for remakes and sequels, so when a genuinely new IP comes along from an established studio backed by the platform holder it’s fantastic when it comes off, and this unquestionably did. An interesting story, great areas to explore, solid combat and breathtaking visuals, as new IPs this is one of the best this generation. And robot dinosaurs!

Resident Evil 7 VR (2017)
I’ve emphasised VR as otherwise Resident Evil 7 would probably would miss out on this list. But with PlayStation VR this is one on the most intense and memorable gaming experience of my entire life. I remember the wonder of exploring the lands in Lords Of Midnight on the Spectrum in the mid-80s, being sucked into the world of Deus Ex in the 90s, and playing fully explorable cities in GTA 3 at the turn of the century and in terms of stand-out gaming moments playing Resident Evil 7 in VR is right up there. At points it actually became debilitating, I had to force myself to press on to the next area, while continually telling myself it was only a game. It was too immersive! For anyone with access to a PlayStation VR headset give this a go, you won’t regret it. Well, you will, but in a good way.

The Legend Of Zelda: Breath Of The Wild (2017)
I said this list was in no particular order but that was a bit misleading as I’ve purposely left the best to last. To me this is the best game of the generation and to my mind the best game of any generation. It may take a while to click but when it does you’ll not want to leave. The only game I’ve ever played 100+ hours in, twice. The very essence of a killer app, worth getting a Switch for this game alone.

As with most people, I do have a backlog of shame, so there are other games I’ve got that I’ve either not started or not played enough to have an informed opinion on. I suspect some of the following may have made this list if I’d played them extensively by now: Bloodborne, Divinity: Original Sin 2, Dead Cells, Metro Exodus, Ori And The Will Of The Wisps, Return Of The Obra Dinn, Dishonored 2, and Super Smash Bros. Ultimate.

There were other titles that I’ve played that have been highly praised elsewhere and although I could see the absolute quality in those games for whatever reason they didn’t make the top tier for me. Games such as Titanfall 2, What Remains Of Edith Finch, The Witness, and Uncharted 4 fall in that category.