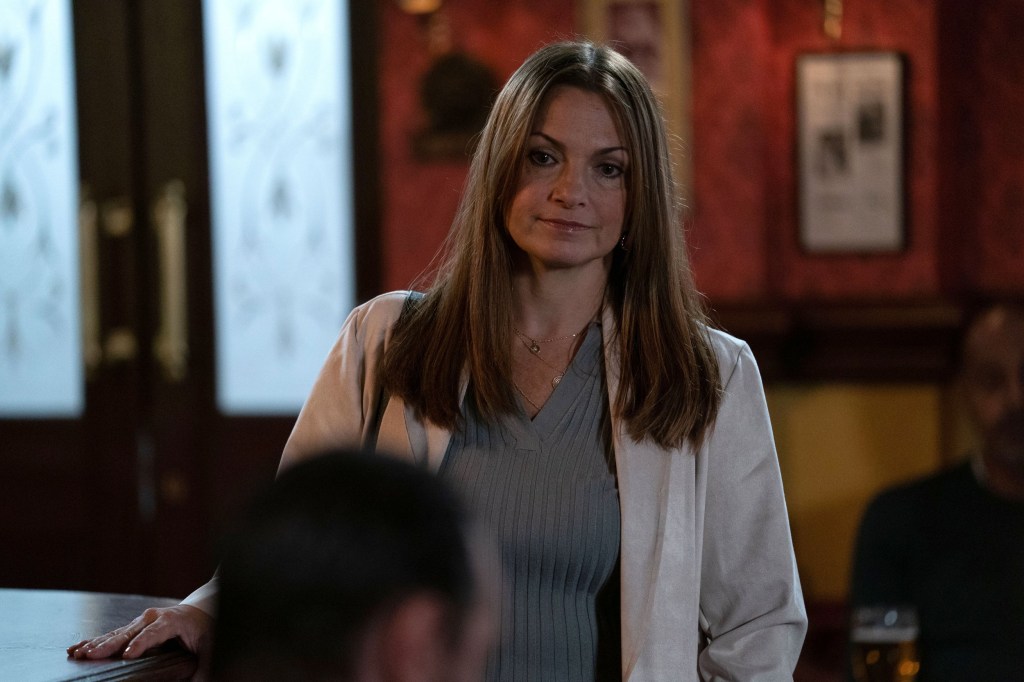 EastEnders star Simone Lahbib has revealed her character Katy Lewis doesn’t care if Mick Carter (Danny Dyer) ‘lives or dies’ as she loses her control over the man she abused as a child.

Powerful scenes from the New Year episodes saw Mick finally realise what Katy had done to him all those years ago.

Now things are clearer in his mind, the former landlord is ready to let Katy know that she can’t manipulate him any more.

She ends up on the back foot when Mick is empowered, after she isolated him from everyone he loves, including wife Linda (Kellie Bright) with mind games.

Simone says Katy’s ‘sense of survival is immense’ and she will always have another evil trick up her sleeve to keep herself out of trouble, especially when it comes to her daughter Frankie (Rose Ayling-Ellis).

‘When Frankie becomes aware and starts to understand who and what her Mum is, she is now a danger to Katy,’ she explained.

‘With Mick she couldn’t care less if he lives or dies but with it’s different with her daughter so she comes up with the next best thing. She hopes her plan will eliminate Frankie as a liability to Katy.’

However Frankie is suspicious of her mum, and Katy is ready to dismiss her at the drop of a hat too.

Simone said: ‘I think Katy finds it very difficult to think about anyone else other than herself. Her empathy is very limited, if there at all, so how Frankie’s feeling and the fact that she’s struggling isn’t really on Katy’s radar as awful as that sounds. She would only become aware of it if it becomes something that might expose her.’

Show producer Jon Sen recently hinted that Frankie may be the key to Katy’s downfall when she returns to the scene.


MORE : The best films to watch on Netflix in January 2021