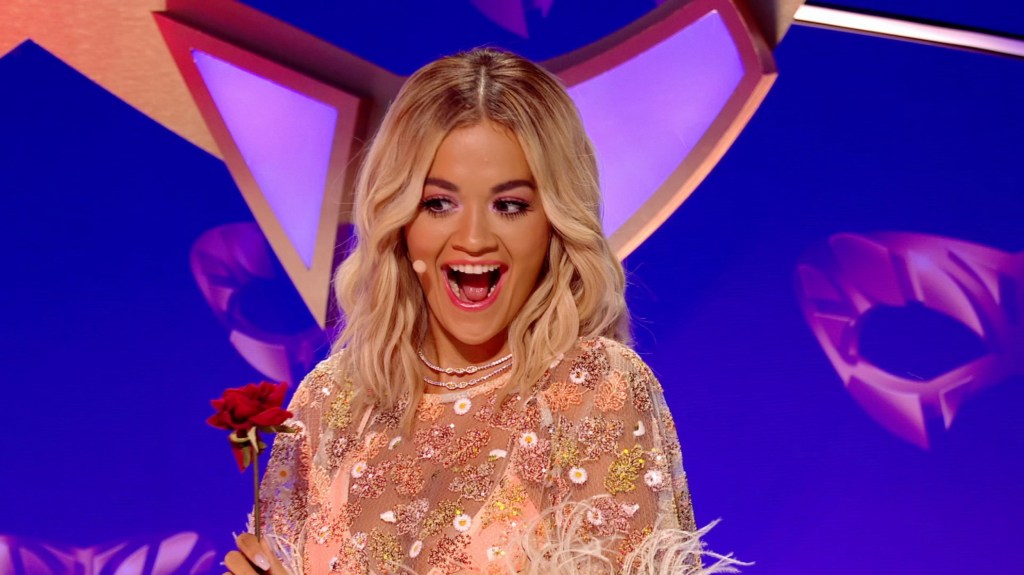 Rita Ora is ‘hoping and praying’ she can remain Masked Singer champion, having correctly identified the first winner of the show in 2020.

‘I did come in confident and now I’m kind of like “not that easy” but I’m hoping and I’m praying I can again leave with the title of the champion. Let’s see.’

Masked singers Bush Baby, Seahorse, Grandfather Clock, Harlequin, Viking and Blob will be taking to the stage this weekend, with the panel attempting to guess their identities.

Rita might be praying for a win, but Jonathan is confident his guessing abilities will help him come out on top.

Jonathan said: ‘I’m still confident. I think my guesses are the closest to being spot on from anyone on the panel. I think I’m going to nail it tonight. I’m on top of the world and I’m going to win.’

UK bids farewell to 2020 with drone display, fireworks and parties at home

Mo admitted that Jonathan was the judge to watch out for, saying: ‘Jonathan – he’s on another level. He’s playing the Masked Singer 2.0.’

We’ll have to wait and see which judge comes out on top, as the search for the Masked Singer champion continues.

The Masked Singer continues on ITV at 7pm on Saturday January 2.


MORE : Sophie Ellis-Bextor ‘rumbled very quickly’ by judges on The Masked Singer despite changing her voice