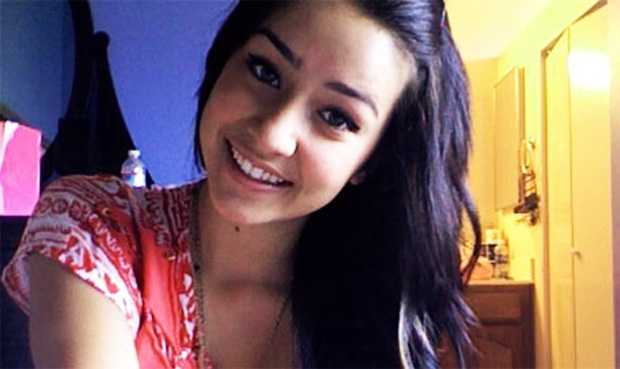 MORGAN HILL, Calif. (KRON) — Ever since he was convicted of the 2012 kidnapping and murder of Sierra LaMar in Morgan Hill, Antolin Garcia-Torres has remained silent — until now.

KRON4 digital reporter Amy Larson sent a letter to Corcoran State Prison in the eastern part of Central California, where Garcia-Torres – who is now 29-years-old – is serving a life prison sentence without the possibility of parole.

He recently responded back.

While he has received letters from other news outlets before, he decided to reply for the first time to a reporter.

Larson asked four questions in her letter, but Garcia-Torres only answered one.

The question was, “Do you still maintain your innocence?”

He replied, “Yes Amy I hold fast to my innocence.”

He did not give any reasons why others should believe that he is innocent.

“I’m not going to talk about the case,” he wrote.

Man found guilty of killing Sierra LaMar to be sentenced

The biggest mystery remaining is that the 15-year-old Morgan Hill girl’s body has never been found.

Prosecutor David Boyd said what happened that day was “a parent’s worst nightmare.”

Her DNA was found on an inside door handle and the trunk of Garcia-Torres’ Volkswagen Jetta. Security cameras recorded the Jetta leaving his home at the Maple Leaf RV Park just 15 minutes before LaMar would have left her house to walk to her school bus stop.

Her cellphone and purse were found on the side of a road near the bus stop. Garcia-Torres lived eight miles away from LaMar’s bus stop.

Garcia-Torres gave an alibi to police and his mother. He said he went fishing on the morning of March 16, 2012, when LaMar disappeared.

A massive search effort was launched. The Santa Clara County Sheriff’s Office used dive teams to search several lakes and reservoirs around Morgan Hill, but detected no signs of her body.

Sierra LaMar’s friend: LaMar ‘angry’ about recent move; would go back to Fremont to ‘party’

Hundreds of volunteers signed up to help find LaMar. As weeks stretched into months, hope of finding her alive began to fade.

Investigators conducted 24-hour surveillance on Garcia-Torres until they ultimately arrested him on on May 21, 2012, at a Safeway store where he worked. He pleaded not guilty and his trial began in January of 2017.

Prosecutors presented enough evidence to convince the jury to return a guilty verdict with less than two days of deliberations.

Garcia-Torres’ letter to KRON4 also focused on his mistrust of reporters.

“I have no trust in the news. There is a lot of selective reporting which paints a picture not always true. I too believe that every person has a right to have their voice heard. But unfortunately those days are long gone,” he wrote.

“As to your questions. Some if answered may not sit well with others. I don’t wish to start sh** with others. I’m just going to do my time,” Garcia-Torres wrote.

He said one reason why he replied to Larson’s letter was that she wrote it by hand.

“Even though your handwriting made me laugh it’s more than other people have done,” he wrote.

The questions that he left unanswered were: “What has life been like for you living in prison since your sentencing? Your sisters were very supportive of you, are there any other family or friends who visit you? If you ever had a chance of freedom again, what would you do with your life?”