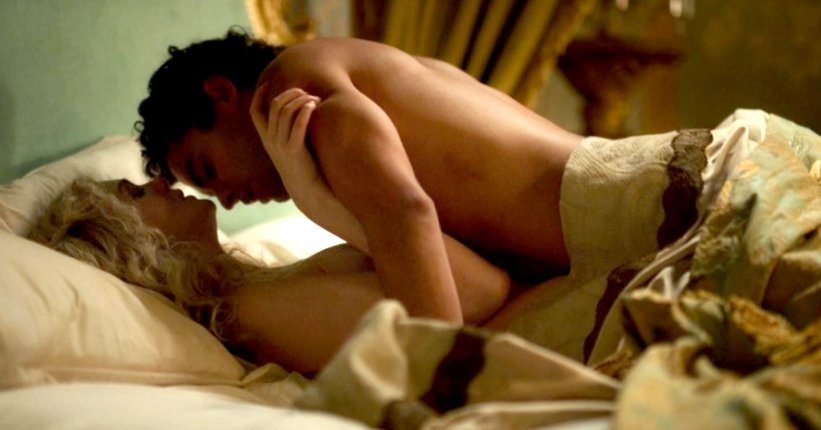 Channel 4 could be about to air their steamiest show yet, with The Great set to feature full nudity sex scenes.

The new historical comedy series presents a sideways look at Catherine the Great’s rise to power in 18th Century Russia.

Elle Fanning plays the title role, with the historical figure attempting to find ways to deceive her husband Emperor Peter and his high libido.

Peter is played by Nicholas Hoult, whose character spends the series getting intimate with a series of courtesans.

The show focuses on the early years of Catherine’s reign, which lasted from 1762 until 1796. She remains Russia’s longest serving female leader.

Billed as being ‘sort of’ based on historical facts, the new comedy takes an irreverent look at one of the most fascinating parts of European history – with a load of nudity thrown in too, it seems.

The Great first aired on Hulu and Starz over the summer in the US, and now it’s finally making its way onto UK television.

The reviews were favourable after the series came out in the US, with the series currently holding an rating of 88% on Rotten Tomatoes.

Metro GameCentral video game review of 2020 – gaming vs. the pandemic

What does 2021 have in store? Your star sign’s tarotscope for the year ahead

As well as Elle and Nicholas, The Musketeers actress Phoebe Fox star as Marial, A Series of Unfortunate Events star Louis Hynes plays Vlad and Bohemian Rhapsody’s Gwilym Lee takes on the role of Grigor.

The Great will begin on Channel 4 at 9pm on Sunday, January 3.