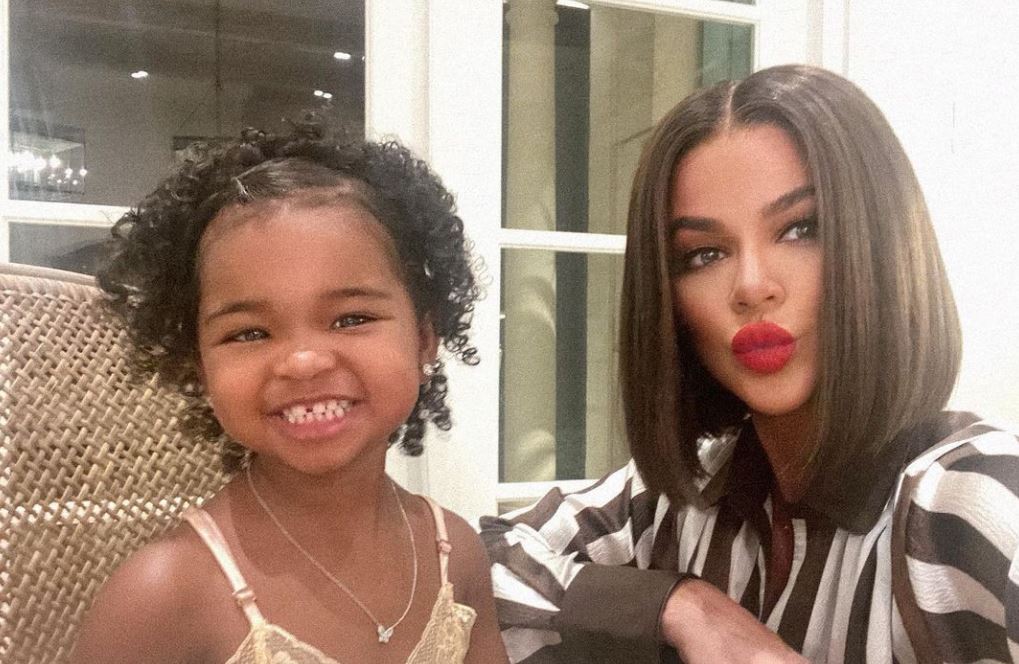 Khloe Kardashian is taking some time away from social media.

The reality TV star has been using Instagram to promote makeup and fashion brands, sharing her last family photo on Christmas Eve.

Khloe is focusing on her daughter True, who she shares with ex Tristan Thompson, over the festive period.

When she’s not praising Strictly Come Dancing star Maisie Smith, she updated her Instagram account on Tuesday with glamorous picture of herself topless, wearing jeans and high-heeled boots.

The Keeping Up With The Kardashians star added just a heart emoji in the caption but replied to her friends and fans in the comments.

One fan wrote: ‘Come back to Twitter we miss you’, prompting Khloe to share why she had been so quiet.

‘I’ll be back soon. I’ve been taking a little social media break,’ she replied.

‘Just pop in from time to time but I am enjoying the holiday time with my TuTu. I’ll be back soon I promise.’

Another follower joked that she should ‘touch her toes’ in the pic, Khloe wrote back: ‘LOL I can’t LOL’.

It has been a quiet Christmas for the Kardashian-Jenner family with their annual Christmas Eve bash being cancelled for the first time since 1978 due to the pandemic.

She also told another follower on Twitter: ‘We have not done anything. No Christmas photos and no Christmas Eve party this year. Covid has taken over.’

However they still managed to get together to send a Kardashian Christmas card, although some fans suspected sister Kourtney had been Photoshopped in.