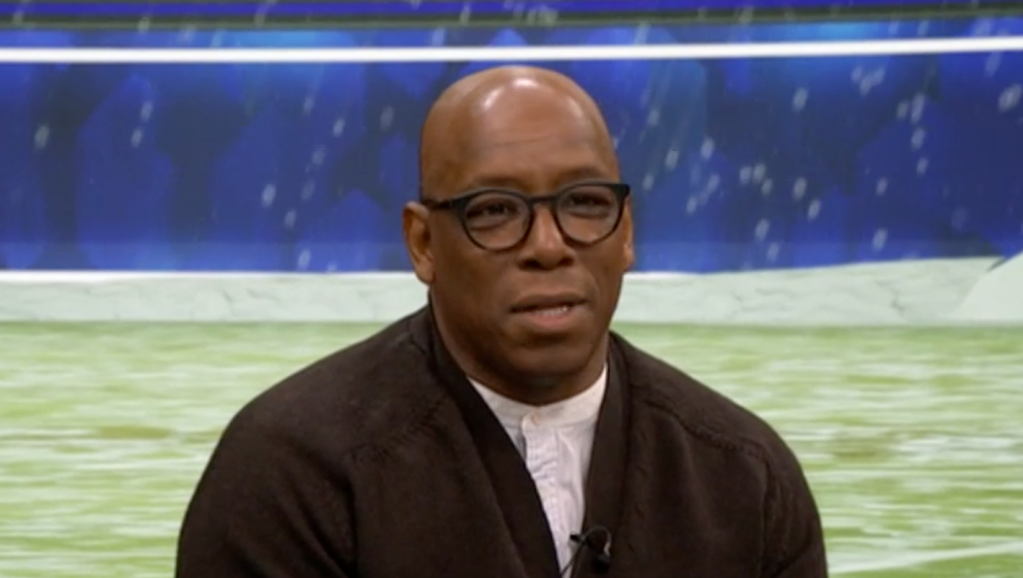 Ian Wright was delighted to see his former club Arsenal record back-to-back wins by beating Brighton and hailed three stars for their return to form.

Ahead of their Boxing day win over Chelsea, Mikel Arteta’s side had failed to win in their past seven Premier League matches and were dropping closer and closer to the relegation zone.

However, after six points in two games – the latest earned by Alexandre Lacazette’s cool strike in a 1-0 victory against Brighton – they are now only six points behind the likes of Chelsea and Tottenham Hotspur, both of whom have previously been hailed as title contenders.

Arteta has put his faith in youth in the past two games and Wright believes that has played a huge role in their change in fortunes.

And he thinks Bukayo Saka, Emile Smith Rowe and Gabriel Martinelli have ‘turned it around’ for the club.

‘Second half it worked a lot better. Smith Rowe, his touch, his energy, the fitness. You’ve got them stretched.

‘Saka was fantastic today when you looked at… he’s literally held the club up on his own for a little while with the creativity.

‘People are talking about forwards not scoring, they weren’t getting the opportunities to score.

‘Lacazette has come on for 29 seconds, look at the accuracy, the preciseness. That’s what can happen when you give the players the opportunities.

‘Those three boys, those three youngsters have literally turned it around for the last two games for us.’