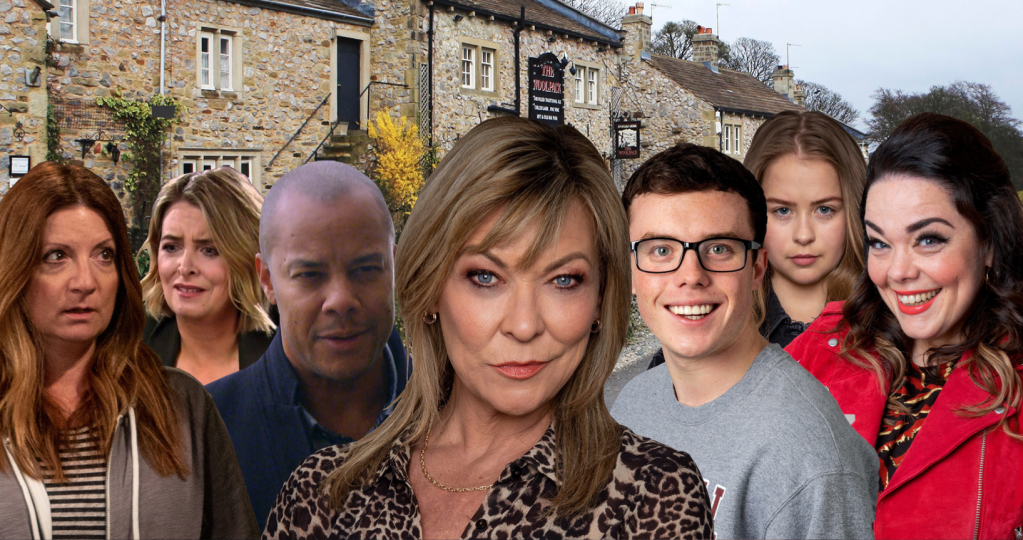 For many in Emmerdale, 2020 has been a tough year – and that can certainly be said for Harriet Finch (Katherine Dow Blyton). After losing Will (Dean Andrews) and then being forced to bury the body of evil DI Malone, she ends the year at her wits’ end.

And secrets can’t stay buried forever so as 2021 gets underway, she is in a worse place than ever. Is she about to crack and is the village’s darkest secret set to emerge and rip the family apart?

She will soon get the support of newcomer Charles who joins the parish but he has his own matters to deal with in the form of a false allegation that is threatening his family. Can he find a solution to his problem – and are there sparks set to fly between him and Harriet or might he be the one to discover the Malone situation?

After Christmas Day came to an end, Emmerdale viewers learned that Al Chapman’s (Michael Wildman) mystery woman was none other than Debbie Dingle (Charley Webb)!

However, don’t expect the story to end there, Priya Kotecha (Fiona Wade) won’t stay in the dark forever – will she plot revenge on her love rat fiancé when the truth comes to light and has Al underestimated her?

Mandy (Lisa Riley) remains in the dark about what Paul Ashdale (Reece Dinsdale) has done to Vinny (Bradley Johnson) – but we wouldn’t want to be in Paul’s shoes when she finds out about his abuse and his gambling. And just how out of control is he when it comes to his violence? Is anyone else in danger?

While Laurel Thomas (Charlotte Bellamy) and Jai Sharma (Chris Bisson) continue to deal with the emotional aftermath of their difficult decision, there are hopes of a reunion for Rhona Goskirk (Zoe Henry) and Marlon Dingle (Mark Charnock) but will it be a smooth path to love?

Elsewhere, is it about time Charity (Emma Atkins) got a valuable wake up call before she spirals even further out of control?

Kim Tate (Claire King) shares a flirtation with a potential new love interest, one local gets a blast from the past who could cause real trouble and will all go smoothly for pregnant Tracy Shankley (Amy Walsh) as she and Nate Robinson (Jurell Carter) anticipate parenthood?