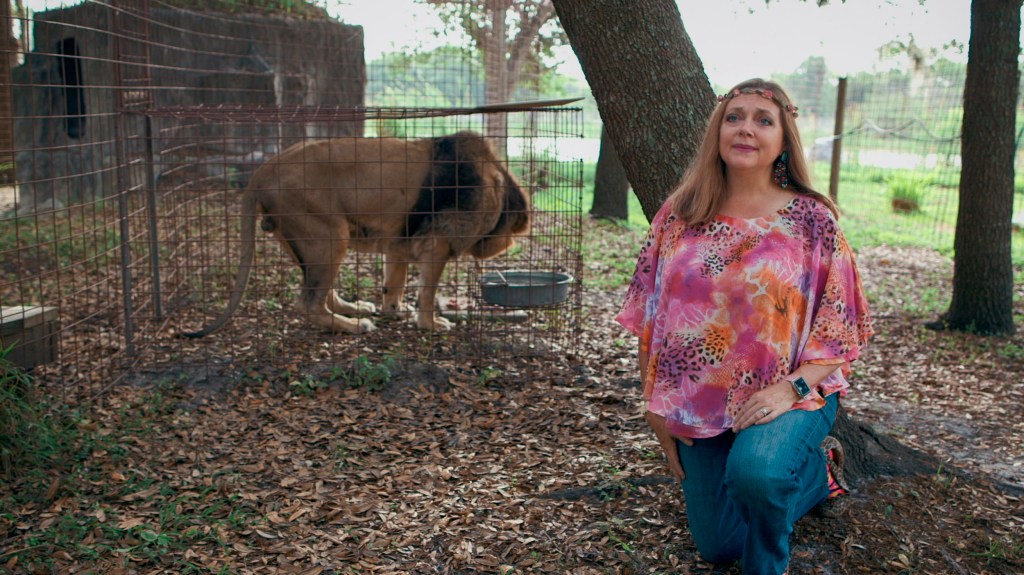 Cool cats and kittens could be in for a treat in 2021, with Tiger King’s Carole Baskin stating she is in negotiations to star in her own show.

The controversial animal activist became one of the biggest names of the past year after appearing in the bonkers documentary series, which chronicles the downfall of eccentric zoo owner Joe Exotic.

Now, Big Cat Rescue CEO Carole has told fans in an end of year email to fans that she’s in talks for a new show, and is also working on her memoir.

The 59-year-old animal activist told followers: ‘I’m in negotiations for a TV show series on the work we do to end big cat abuse and to write my memoirs.’

Tiger King: Murder, Mayhem And Madness first arrived on the platform in March and quickly became one of the most talked-about shows, breaking Netflix’s record for keeping the number one spot for the longest amount of time.

It is also reportedly the biggest original Netflix show of 2020, coming ahead of Emily in Paris and Luther.

The best TV shows of 2020, from Normal People to I May Destroy You

Carole also starred in Dancing With the Stars earlier this year, with the activist being eliminated from the show in the second episode after failing to impress the judges with her samba to Lion King’s Circle of Life.

Tiger King: Murder, Mayhem And Madness is available to watch on Netflix.


MORE : From Carole Baskin to Chanel the African grey – all the celebs you didn’t know before 2020


MORE : Carole Baskin teams up with Carol Thatcher to sing Christmas carols and yes this is happening