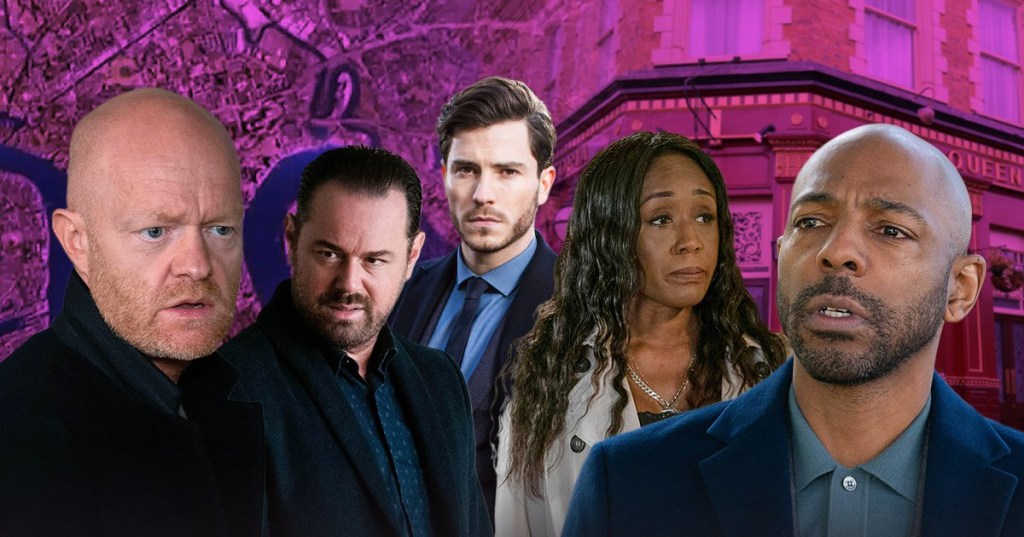 After a turbulent and grim Christmas in EastEnders, things are not going to get much easier as 2021 kicks off with some major shocks and huge traumas.

As the events of Christmas and New Year threaten to tear families apart, Denise Fox (Diane Parish) has had her whole existence turned upside down with the return of Lucas Johnson (Don Gilet) – and he may still be capable of showing signs of his darker side. Chelsea (Zaraah Abrahams) is back with him but does she really trust her dad? And what does Lucas want?

As Denise goes into meltdown over fears for her safety, Patrick Trueman (Rudolph Walker) and Jack Branning (Scott Maslen) both take steps to deal with Lucas – but one decision could be about to make the whole situation worse.

2020 saw the past come back and haunt Mick Carter (Danny Dyer) in the form of abusive and manipulative Katy Lewis (Simone Lahbib). After things come to a head at the new year and Linda (Kellie Bright) makes a colossal decision about her future with Mick, is he about to expose Katy’s historic abuse of him?

And where will this leave the likes of Shirley (Linda Henry) and Frankie (Rose Ayling-Ellis) as they deal with a potential fallout?

One of the most tragic scenes of the last year was the brutal murder of Chantelle Atkins (Jessica Plummer) at the hands of Gray (Toby Alexander-Smith). As he struggles with his guilt, killer secrets into the new year, will 2021 be the time when the truth comes to light – and the Taylors discover what really happened to their beloved Chantelle? And how far is Gray prepared to go to protect his secrets and reputation?

The aftermath of Ian’s attack sees various consequences for the many suspects – those who are to blame and those who aren’t. But who will emerge out of this mess in one piece – and whose life will be left in tatters?

Having struck a deal with Phil Mitchell (Steve McFadden), Kush Kazemi (Davood Ghadami) will find the net closing in on him – but he may just have one last card to play before he is over and out.

Also set to exit is Max Branning (Jake Wood), who will be determined to snatch Linda from Mick – but will he be leaving with his heart broken? Or does another fate lie in store?

Callum Highway (Tony Clay) is in an impossible situation and it can only be a matter of time before Ben (Max Bowden) discovers the truth – can he get the man he loves out of this mess when the truth does come to light?

Elsewhere, one local takes desperate action which leads to a lie they regret while another fears for the future after a grim discovery…