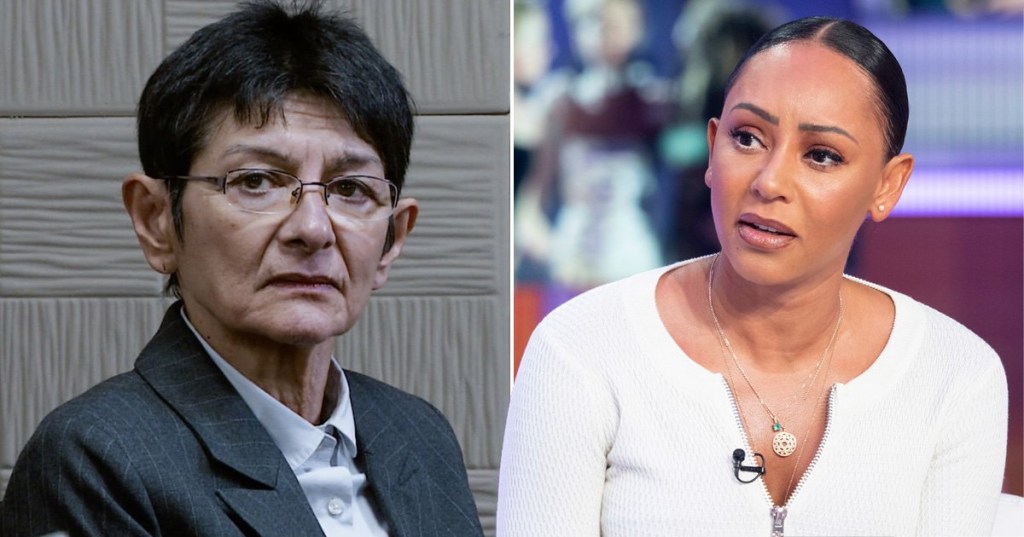 Spice Girl Mel B has revealed she has been helping Coronation Street bosses write its notorious Geoff Metcalfe and Yasmeen abuse storyline.

The 45-year-old singer shared her alleged experiences of coercive control at the hands of her ex-husband Stephen Belafonte with the producers of the soap so they could make sure the plot was true to life.

‘I met the team at Corrie and talked them through what it is like to live with coercive control and PTSD,’ Mel disclosed.

‘They were able to write parts of the script because of what I told them.

‘It means a lot to me that what Yasmeen goes through in the show is true to life, because we know that because of the storyline lots of people living with abuse have reached out to get help.’

She continued to The Sun: ‘I like to think I helped shape the scripts.’

Mel B was married to Stephen for 10 years until their bitter divorce in 2017.

It was only after their split that Mel B opened up about their issues and accused Stephen of physical and emotional abuse, which he denies.

Mel has since become a patron for the charity Women’s Aid, which helps to end domestic violence against women and children.

Corrie’s coercive control storyline saw Yasmeen tortured, both physically and mentally, by her husband Geoff over the course of two years.

During the Christmas Day special, audiences saw Yasmeen suffer an anxiety attack as she was terrorised by her dead ex.

From hearing Geoff’s voice to seeing red ‘x’s painted all over the cupboards, she struggled to figure out what was real and what was not and soon sank into the corner of the kitchen as she feared for her life.