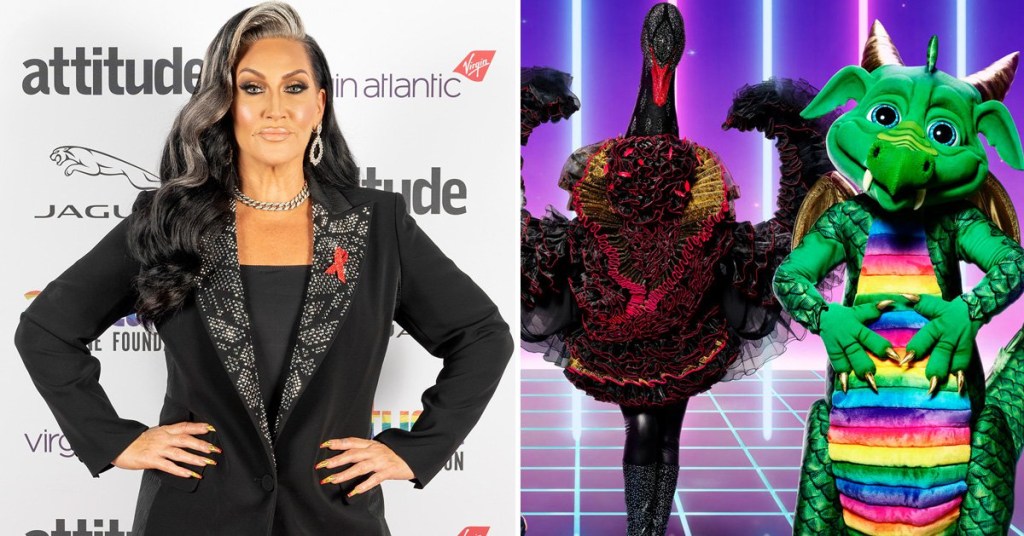 Michelle Visage has addressed speculation she’s competing on The Masked Singer UK… and we’re still pretty convinced she could be on the show.

Tonight, the second series of The Masked Singer UK launched on ITV, with costumed competitors including Robin, Sausage and Badger taking part.

Twitter was instantly flooded with guesses over who the singers taking to the stage could be, with many assuming Robin is JLS singer Aston Merrygold.

Another famous individual who came up in conversation was Michelle, with viewers postulating that she could be behind the masks of either Swan or Dragon, who went head to head in the second round.

Is this a clearcut sign Michelle isn’t on the programme… or the complete opposite?

Michelle does have a history in music, having been a member of bands Seduction and The S.O.U.L. S.Y.S.T.E.M. in the 1990s.

What’s more, in the introduction for Swan, the singer was shown standing in the middle of a ballroom dancefloor.

This could link to Michelle’s time on Strictly last year, when she reached week nine with her professional dance partner Giovanni Pernice.

Several Twitter users commented on Michelle’s tweet expressing their hope that she is revealed to be starring in the competition.

‘Guessing and hoping you’re Swan,’ one person said, while another responded: ‘You’re such a tease.’

While it remains to be seen if Michelle is on The Masked Singer UK, one celebrity confirmed to have taken part is Sophie Ellis-Bextor, who was unmasked in the first episode after performing as Alien.

Sophie added that she has no idea who any of the other celebrities are. So don’t go expecting any confirmation Michelle is on the show anytime soon!

The Masked Singer airs on ITV and is available to watch on demand on ITV Player.