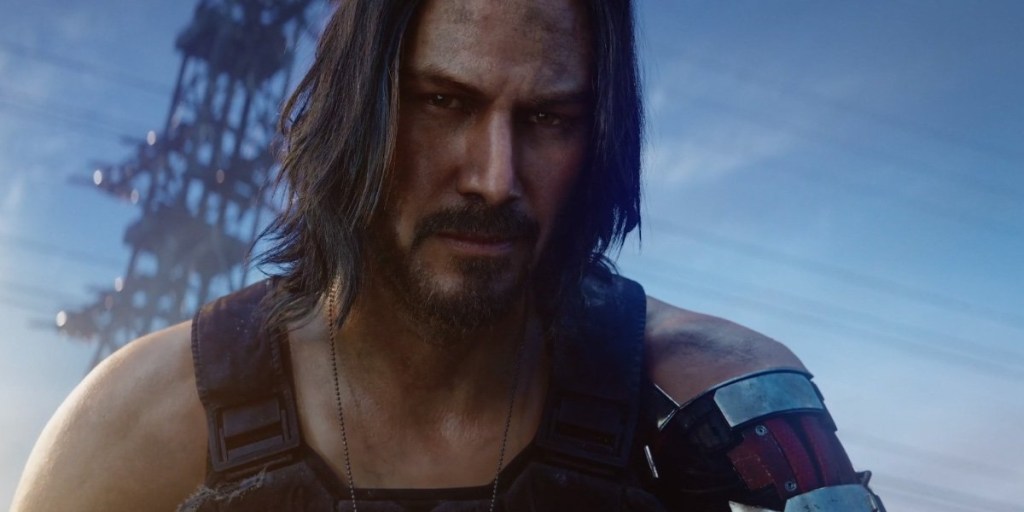 A reader suggests that nobody should’ve been surprised by the bugs in Cyberpunk 2077 and that despite the problem it’s still a great game.

I just wanted to offer a few (many?) words of balance to help correct the unholy amount of negative press around that game which players currently love to hate, Cyberpunk 2077.

Straight away I’ll tell you this: what I’m not going to do is defend CD Projekt Red. There’s been lies, deceit, and mishandling before, during, and after release and they have not just shot themselves in one foot or both, but have amputated both legs without prosthetics in sight and no way to stop the bleeding.

In fact, what surprises me about the company is that they were ever held up as saints by any gamers in the first place. They’re not, really – not even close. They’ve always indulged in the usual questionable game developer business practices, such as forcing excessive crunch from their employees and releasing games that were less than polished at launch with a ‘We’ll patch it later’, promise!’ mentality. They’re no heroes, and to be blunt I’m pretty sceptical of anyone who ever thought they were.

What I’m still trying to wrap my head around is that Cyberpunk 2077 could be so hyped and yet large amounts of gamers were ignorant of the fact that it was clearly going to launch in a less-than-ideal state – and were then genuinely surprised at this state of affairs despite CD Projekt’s track record. It points to a problem I’ve noticed more and more: people (not just gamers) aren’t doing any research, despite the fact the internet and its many search engines make it easy to do so. I’ve been keeping my eye on popular gaming site’s comment sections and it’s a story that plays out time and time again.

For all those gamers that were genuinely surprised that Cyberpunk 2077 launched in a buggy/crashy/laggy state on consoles (and now of course, the emergence of the ‘8MB+ save files can corrupt and lose your progress’ fault on PC), I present the following information:

When The Witcher 3 launched on the PlayStation 4 in 2015 it wasn’t as technically polished as it should have been. It had regular weird animation bugs, driving sections (by which I mean Roach) controlled worse than they do now, frame rates could dive below 30fps quite easily (not just in Novigrad or Crookback Bog), and crashes were semi-frequent.

I know this because I bought the game at launch and experienced it all myself. Does my description sound familiar? Good, it should. As much love as The Witcher 3 rightly gets these days, it basically launched in the same state Cyberpunk 2077 did. If anyone has the disc version and wants to check this, uninstall the game and then reinstall it without patches so you get version 1.00.

Looking back at the history of CD Projekt, the first two Witcher games have been said by a myriad of different people across the internet to have released in buggy states too and only after multiple patches (and if I recall correctly, an actual re-release of The Witcher 2) did they play to the level they should have at launch.

Any number of simple Google (or your preferred search engine) searches can reveal this years-old information quickly to prove these points. It’s why we have them, right? But from the way some gamers react, they were clearly going into the purchase of Cyberpunk 2077 expecting a bug-free, perfect experience. That’s hype plus unreasonable expectations not properly tempered by fact and it’s always a recipe for disaster and disappointment, which is exactly what’s happened.

Sadly, this is the way it is with CD Projekt. Even a cursory glance at their history can tell you that the company has been mismanaged for years. They employ talented people but then work them way too hard, which is why employee turnover is high; have a look at Glassdoor negative reviews to get a sense of it. Their games are very (too?) ambitious, suffer from feature creep, and have troubled developments.

They always initially launch the games in bugged/crashing/performance-hampered states – the phrase is ‘poorly optimised’. This information is readily available for people to find and I think any buyer should do their homework before they buy anything, even if it has been out for years, to find out if it’ll work for them and be a decent purchase that has value. Otherwise the anger about a product they don’t like is partly on them for purchasing it blindly, not just the maker.

With all this in mind, I’m surprised that so many people are surprised Cyberpunk 2077 launched in the condition it did. Again, I’m not defending CD Projekt, it’s just how they do business and I don’t see it changing straight away, if at all. The bare minimum of easy online research can reveal this.

People online baying for blood and saying silly things like ‘Cyberpunk 2077 broke me’ and ‘CDPR should be burnt at the stake’ need a reality check. It’s a video game, lest we forget. Sending death threats and talking smack about the company online just spreads more hate (i.e. become part of the problem) and worse than that can make gamers as a whole look like a bunch of entitled, whiny rageaholics with very poor impulse control. Once again, I’m not defending CD Projekt, they’ve acted shamefully. But all the hype backlash and review bombing on Metacritic just makes a bad situation worse.

The thing is, for my money the game is great. No, I don’t want a refund; I knew going into this it would have launch day problems and wanted to play it anyway. Both my eyes were open. I can see why it garnered so many positive reviews from gaming sites big and small; although it’s not reinventing the sandbox role-playing wheel, as some people led themselves to believe, it’s a very immersive world, albeit a technically unpolished one in places.

Yes, the artificial intelligence is sometimes a joke (especially for the police), driving is often a hard-to-control mess, and arguably the skill tree/crafting systems are so unbalanced they’re ridiculously exploitable, but only if you choose to play them like that. For the record, these are design flaws, not bugs, as some gamers are using the word as a catchall term for ‘things I don’t like about this game’.

Lurking beneath the design flaws and bugs/glitches is a big, beautiful, immersive, detailed world that has me personally saying ‘just one more mission’ every time I pick up the controller – it’s amazing how quickly an hour turns into three or four and suddenly it’s 2am. I’ve barely touched the main story, just roamed Night City and gotten into so many side quest misadventures I’ve lost count; liberating a patient wrongly imprisoned in a mental hospital, assassinating a night club owner who was exploiting immigrants as slaves, corporate espionage by sneaking in and hacking an executive’s computer to reveal they were selling some of their chemical stocks to drug dealers, busting up a meth lab based inside a shady motel (maybe those last two were related) – is this sounding like it’s any fun yet?

At it’s best, I see a mature hybrid of Deus Ex, Skyrim, and dare I say it, GTA (more in the well-executed stories than the driving, obviously) while somehow – to me at least – being more than the sum of all these parts. I can’t remember the last time I sunk 50 hours into a game within two weeks and got several trophies in a short space of time because until the game came out, other than the odd run through Bloodborne, my PlayStation 4 was just gathering dust anyway.

For those who always think TL;DR and skip to the end, I’ll sum it up for ya. Yes, CD Projekt aren’t a great company when it comes to the management. If you do your homework, they never were. I think they’ve gotten away with it in the past because their games before The Witcher 3 didn’t attract as much attention. But trashing Cyberpunk 2077 itself – especially without playing it, which is clear from some user reviews and comments online is the case – and pretending you’re taking the moral high ground by doing so is just ludicrous. It makes the talented people – the artists, coders, story writers, all the folks who did their job properly – feel worse when really, it’s not their fault. Their work shines through and for me at least makes the game succeed despite its flaws.

Oh and if I’m completely honest, some of the glitches are hilarious. A car suspended in mid-air so high you can park your own car underneath it, a trashy street punk sitting inside a crate so only the legs and head poke out, V trying to dump a body on the ground and without warning suddenly being launched backwards and upwards at high speed as if she accidentally became a base jumper; sometimes after failing a mission multiple times, these little things can make you laugh out loud and provide much-needed comic relief.

I see a lot of good in this game, and if you look beneath the bugs and online rage, so can you. Either that or you’re reading this (if indeed you still are) and you already know.

Anyway, I feel I’ve rambled enough. Just wanted to try and collectively say to any gamers that’ll listen: ‘Calm down, it’s been a crazy year, don’t lose your heads over a game’. Merry Christmas and here’s to a much less unpleasant 2021!