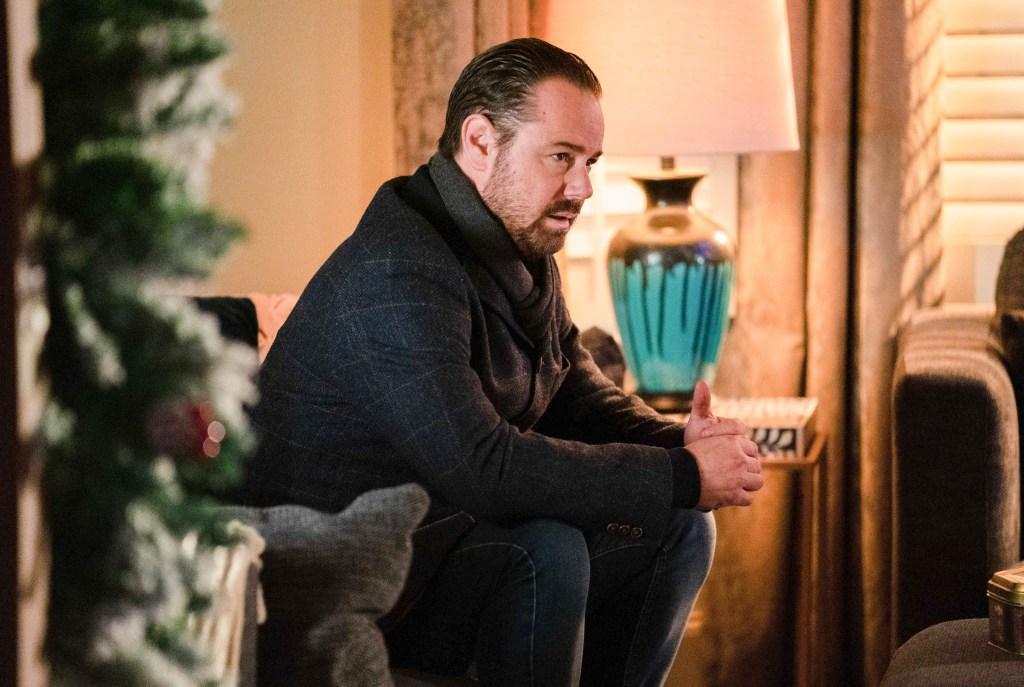 Mick Carter (Danny Dyer) will experience a series of flashbacks relating to the abuse he suffered, EastEnders has confirmed.

Mick was devastated to discover that he’d been abused by carer Katy Lewis (Simone Lahbib) when he was 12 years old.

The discovery came when Frankie (Rose Ayling-Ellis) revealed that he’s her father.

Katy’s arrival brought more heartache for Mick, as she attempted to manipulate and control him once more — claiming that his memories of her abusing him are a work of fiction.

The former landlord of the Queen Vic as struggled to come to terms with everything as a result.

On New Year’s Eve, he is consumed with emotions about his past, and struggles to cope with the enormity of the situation.

Mick has a flashback to when he was young. In this flashback, he’s with Katy.

Is he finally accepting what happened?

The following day, he prepares to confront his deepest fears and face them head-on, and therefore takes matters into his own hands, as he visits Katy.

Katy is surprised to see Mick at her door, but what will transpire?

Has Mick remembered what really happened?

If so, will she get caught and be exposed as the abuser she is?